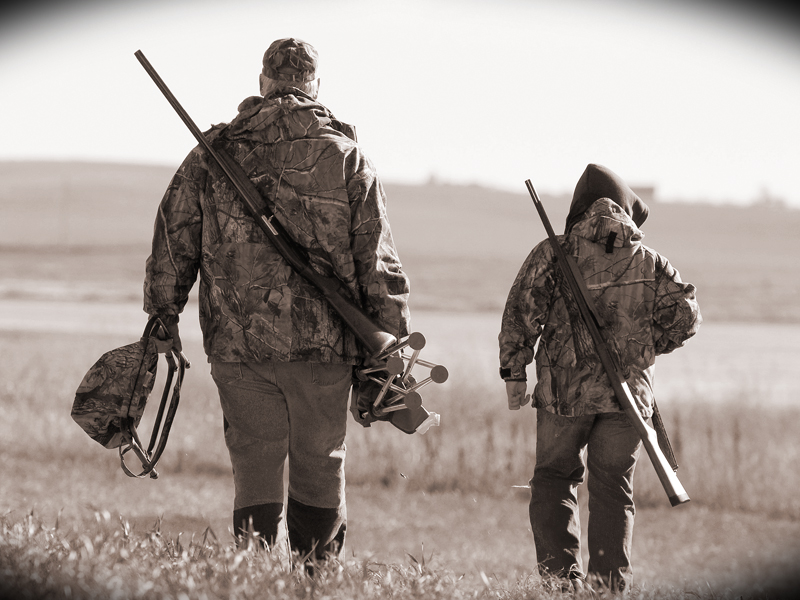 Dove hunting with kids can be some of the best fun you’ll have to kickoff your hunting season. Youth dove hunts can also be a straight disaster, one that can turn from a fun day in the field to nothing but silence in the truck on the way home, if you aren’t careful.

Here’s the brutal fact: how the experience of dove hunting plays out is up to you.

I certainly don’t want to put pressure on you, but as a father of two boys smack in the middle of learning how to hunt, I can attest that what kids think about hunting, how they feel about hunting, and the memories they will have about hunting, is predominately connected to who you are and how you operate on any given hunt. Everything I’m about to tell you I’ve experienced. This is first hand knowledge I’ve learned while introducing my sons to the heritage of hunting.

I had to recalibrate my expectations. When I think of dove hunting, I think of going through a few boxes of shells. I think of birds flying well, and getting to pull the trigger often. When I first introduced my oldest son to hunting, it didn’t take long to realize that we weren’t really on a hunt. We were more of on a odyssey of sorts, that involved the potential to shoot at something!

I had to learn to recalibrate the gears in my head to the simple, but often overlooked truth, that the hunt doesn’t include me at all. It’s about your son or daughter. It’s about their smiles. I found out quickly that my boys, especially in the early years, were perhaps more concerned with the types of food that we were taking on the hunt than what we could potentially harvest in terms of what we were hunting. The snacks matter man!

It’s about them owning the hunt. So, if you kill a few doves, that’s an added trophy to the day itself.

Simply never forget: the entire experience is about them.

I had to scale down how we used the gun. To put it another way, I employed the idea of “one and done” when it comes to how many shells are in the firearm.

Gun safety is priority number one.

Dove hunting can be fast and furious. Fast and furious doesn’t work in terms of gun safety with kids who are new to hunting all together. By using the “one and done” approach, it slowed everything down.

My sons both use the Mossberg Super Bantam. And they love it.

However, it’s obviously a pump. Kids are small, and every gun, not matter how well-engineered for youth, still feel a bit heavy in a kid’s hands. Which means that in most cases, in order for them to cycle a shell, they cannot hold it to their shoulder and cycle the round like you would as an adult.

I didn’t want to have worry about added safety measures when in the midst of shooting at ducks or doves, or when shooting at anything for that matter.

So what I did was basically make the gun a single shot by simply putting only one shell into the chamber. And I can promise you, they aren’t going to have a chance to shoot twice at a dove anyway given how fast they fly!

Doing this will take a ton of stress off of you. I promise. 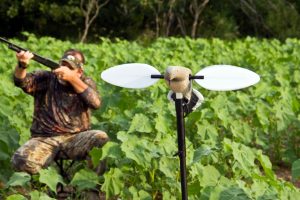 I always incorporate Mojo Decoys into the hunt. When it comes to ducks, I am not always a fan of motor activated decoys for one simply reason: every hunter everywhere seems to use them. By the end of duck season, they can flare ducks, in my opinion.

Do motion decoys work for ducks? Absolutely. Like any other decoy, however, you just have to pick your battles and know when not to use them.

When it comes to dove hunting, however, my experience has been the exact opposite. Mojo Dove Decoys are nothing but magic and I use them every single time I take the boys hunting.

Why? Hardly anyone uses motorized decoys with doves. Literally, doves try and land beside them. It’s awesome, and my sons absolutely love watching it all go down.

I never hunt long. Dove hunting is often a hot experience. The days full of sunshine. The sun is high. And, all of that is great, but there’s often very little shade.

So, I try and make our hunts happen in the first two hours of daylight or the last two hours of legal hunting hours. It’s cooler, and it just works out better every time.

Dove hunting is fast, then slow. Then fast, then slow. More often than not, you’re not going to be on a “hot” field where doves are constantly flying overhead. So, the moment they seem done, be done.

I make sure we break stuff … on purpose! To say it another way, be sure they get to shoot something.

Spend $4 and get an extra case of bottled water to toss in the air and let them shoot at it. It’s phenomenal practice at a moving target, and if they hit it, water explodes and they go crazy!

If they can’t hit it in the air, sit it on the ground. Let them blow it up with a round from their youth sized 500. 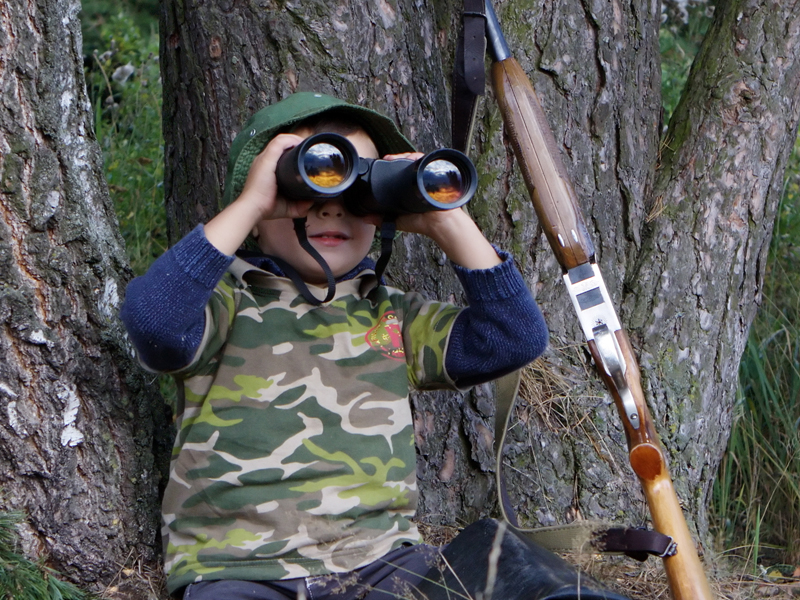 Another option is to take a case of clay pigeons with you. Again, they are biodegradable and they explode on impact.

The more they pull the trigger, the more the gun becomes a familiar tool on the hunt. The more comfortable they become, the more confident they are in the shooting sports. It’s a can’t loose opportunity.

And here’s what I’ve learned about shooting at animated targets: make it the very last thing you do.

Even if the dove hunt was awful and they never fired a shot or even saw a dove, they end it on something positive.

In fact, they end it on something both positive and fun, and that is what they take home. It’s weird. Just pay attention to how they tell their buddies about blowing up bottles of water or clay targets, when what you remember was a smoldering hot day where never a dove flew!

Be safe. Move slow. Let the hunt be all about them, and not at all about you. Do that, and you’ll have hunting buddies forever.

And look, if you are on the front end of getting your son or daughter introduced into hunting, I produced a few tips and video on some proven foundations I have employed to make sure that hunting gets into their bones and stays there.