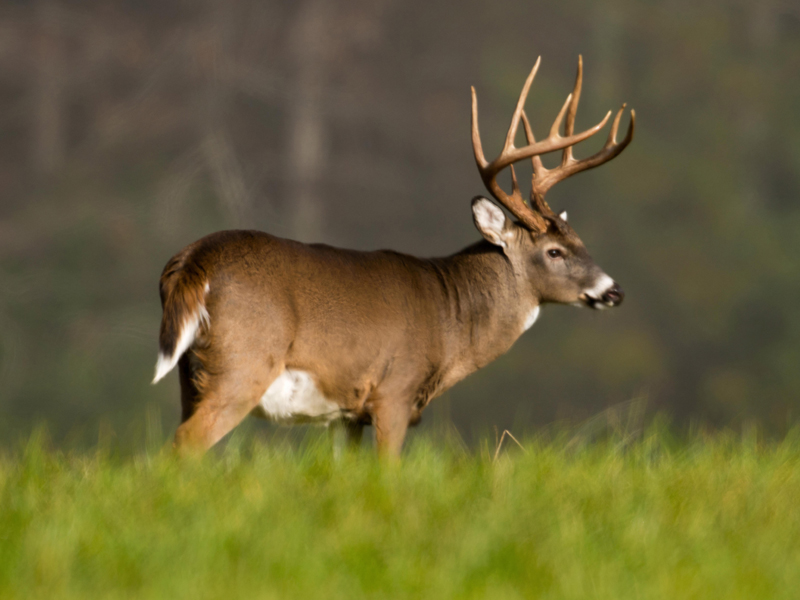 Whitetail deer are probably the most economically important large game animal in the U.S. Due to population growth, the amount of suitable habitat has decreased and managing the species has become more intensive. Deer management now requires a deeper understanding of the nutritional requirements that affect body size, reproduction and survival.

The truth is, the nutritional requirements of whitetail deer are not fully understood. While some of their nutritional needs are similar to those of domestic ruminants, most are profoundly different.

The nutritional needs of deer have to be confronted on a seasonal basis, corresponding with both physiological changes within the population and the nutrients available to them. Oftentimes, the nutrients needed for one season are a result of a deficiency from a previous season.

While deer can survive for a relatively long period of time on little to no food, the effects of a nutritional deficiency can be seen for up to two years after the deficiency. This often results in decreased body weights, decreased birth weights and decreased antler mass across the population.

Armed with this knowledge, we know that deer populations should be managed so that there is enough natural forage to meet the population’s nutritional needs and, in some instances, supplemental food sources should be provided.

Whitetail deer are browsers, meaning that they feed on a variety of different forages in varying quantities. One particular food does not dominate their diet. Food selection depends on palatability and availability. Therefore, variety is key to a healthy herd. Much like humans, deer need proteins, fats, carbohydrates, vitamins, minerals and water. 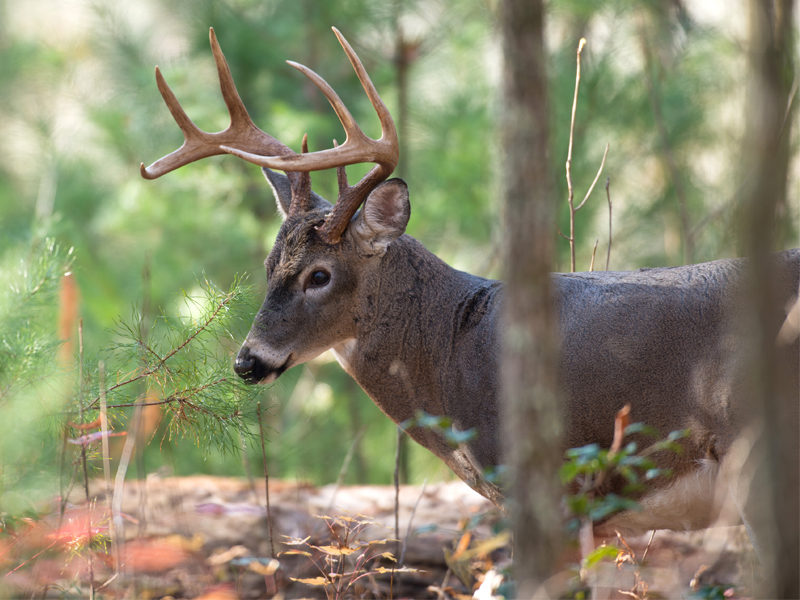 For the sake of space, this article will focus on the three macronutrients.

Proteins are needed for body growth and maintenance, reproduction, lactation and antler growth. While the amount of protein necessary depends on age, sex, life cycle and season, the necessity of protein supplementation is a highly debated topic among whitetail biologists. On one side of the spectrum, there are those who believe that a deer’s natural diet provides sufficient protein levels to promote growth. Since deer can only process around 17 percent protein at a time, they consider anything more than this a waste. On the other end are those who believe that to maximize genetic potential a high protein diet is necessary all year round, and the only way to do this is through supplementation.

Fats and carbohydrates can both be lumped into the energy category. Energy is a component of management that often gets overlooked. Like protein, energy requirements are cyclic and are guided by age, growth stage, gestation, lactation, movement, temperature and antler development. While energy availability is always important, it becomes especially critical during the late summer and throughout the fall. During this time, bucks and does are preparing for breeding and pregnancy, so energy intake is increased to put on fat stores to endure winter and deliver adequate nutrition to developing fetuses.

The mother’s nutritional state greatly affects the condition of her fawn(s). Inadequate energy supplies lower fat stores and can lead to a state of catabolysis, in which the body is feeding off of muscle tissue. This can lead to a vicious cycle of nutritional deficiency for years to come.

While the nutritional requirements of deer are not fully known, we do know that basic protein and energy requirements must be met in order to produce quality animals. Healthy deer have increased body weights, decreased disease occurrence and stable populations. Populations in poor health often cycle up and down in numbers, often shooting above carrying capacity then falling drastically below.

While nutritional supply is not a “silver bullet” solution in situations like this, it is a step in the right direction. 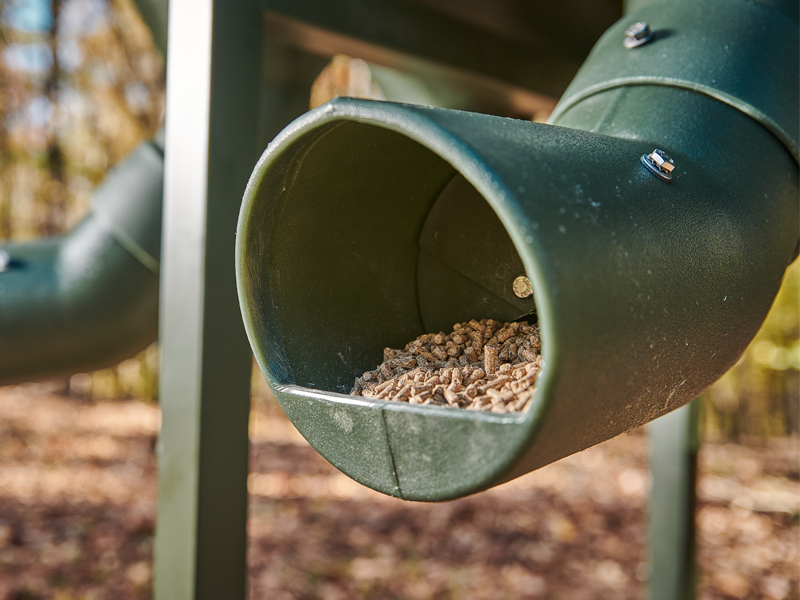 Texas Hunter Products engineered and patented the most innovative protein feeders ever designed including a durable, roto-molded construction that keeps feed dry, fresh, cool - and these protein feeders will never rust. Choose from models that range in capacities from 300 to 2,000 pounds that are easy to set-up, fill and move.