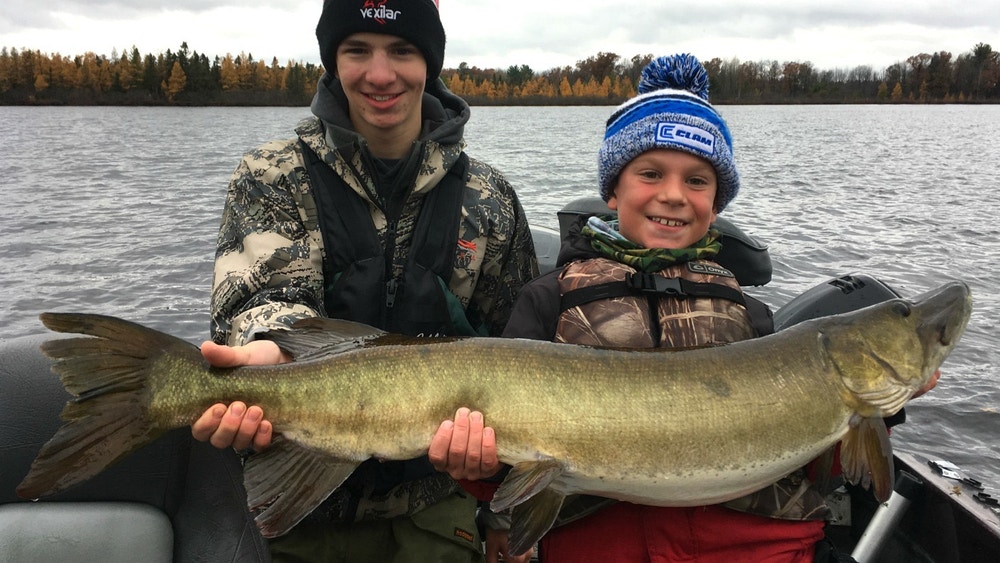 No matter whether you catch a giant northern pike while ice fishing, or a big largemouth bass during the heat of summer, it helps keep the memory alive for years to come if you have a few great photos.

Need a little help behind your camera or smartphone? No problem — Fish Photography 101 is now in session. FYI: I apologize in advance that all of the photo examples shown in this article feature images of my family. I spend 99 percent of my on-the-water time with them, and they catch more fish than I do.

While striking photos can sometimes be created by shooting toward the sun, it’s far easier to keep the sun at your back so it lights up the fish and the angler. And keep in mind that we don’t have all day to experiment with camera settings and exposure. When I taught my kids how to handle and release fish, I explained to them that in terms of fish health, the time a fish spends out of the water is similar to the time you’d spend submerged under the water. While this isn’t exactly true, it still illustrates my point: If you plan on releasing a fish, it’s best to limit the amount of time it is held out of the water. This is especially true when ice fishing; severe cold can harm a fish’s eyes. So, put the sun at your back and start shooting. If you aren’t getting pics that look vibrant, then hold the fish in the water while you troubleshoot the lighting problem. One more tip regarding fish health: Always wet your hands before holding a fish. Grabbing a fish with dry hands (or leather gloves, etc.) removes a fish’s protective slime layer. 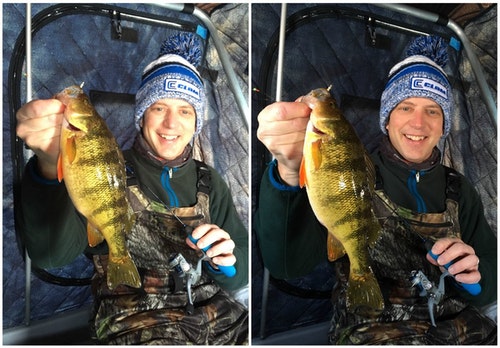 The left photo of the author is a bit blown out with harsh light coming into the ice fishing shelter from a side window. The author's son closed the side window, then opened a front window to achieve a much better pic.

Sure, sometimes it’s great to tell the whole story with a backed-off pic that includes splendid scenery, but you’re almost always better off filling the frame. Rather than rely on a camera or smartphone zoom feature, I simply use my feet to get closer or farther away. Include the entire fish from head to tail; it’s okay to crop out a bit of the angler’s head and hat if necessary. Experiment with angles, too. In general, pics taken from a low angle are more interesting than those that look downward on a fisherman. 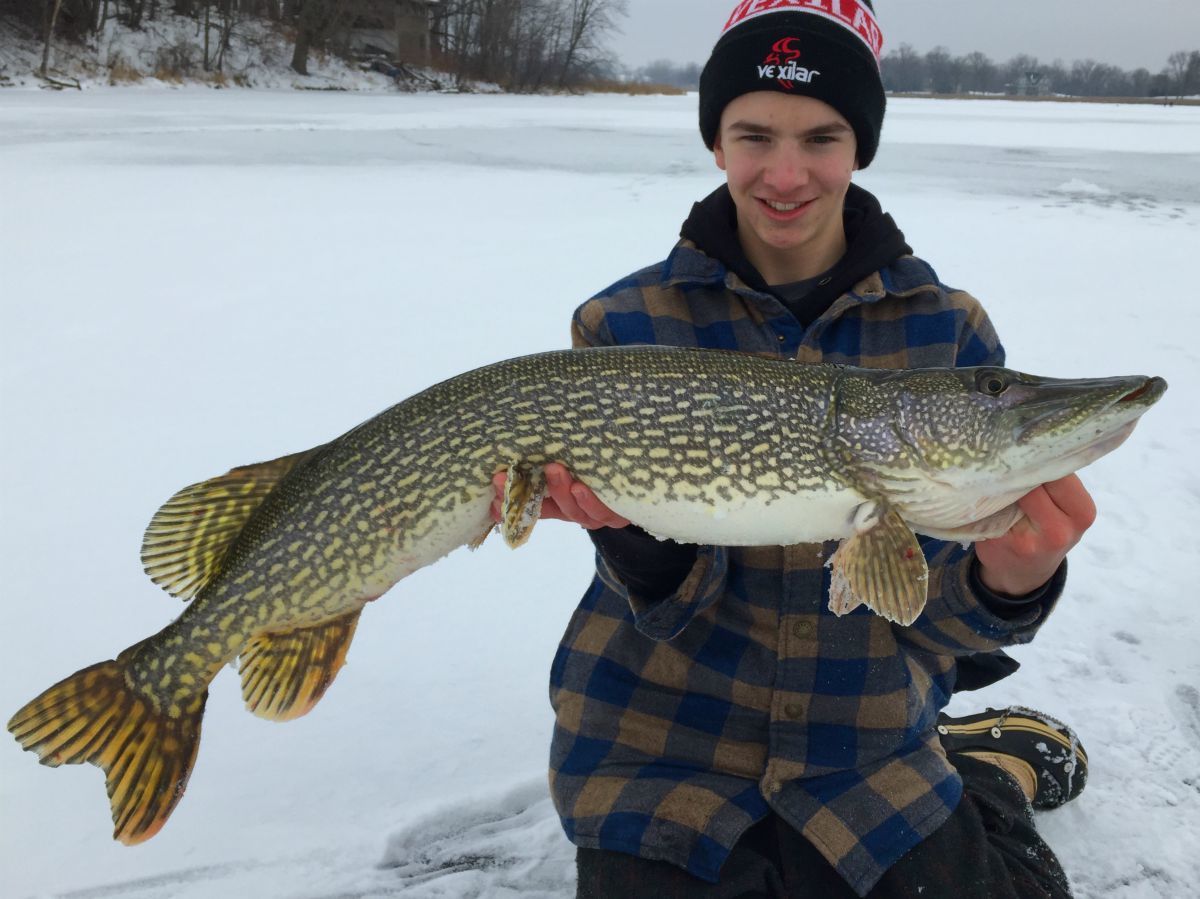 In most cases, it's best to fill the frame with the fish. That said, if there's a story to tell by backing off a touch, such as showcasing a muddy river or snow storm (photos below), then move back a bit and keeping shooting. 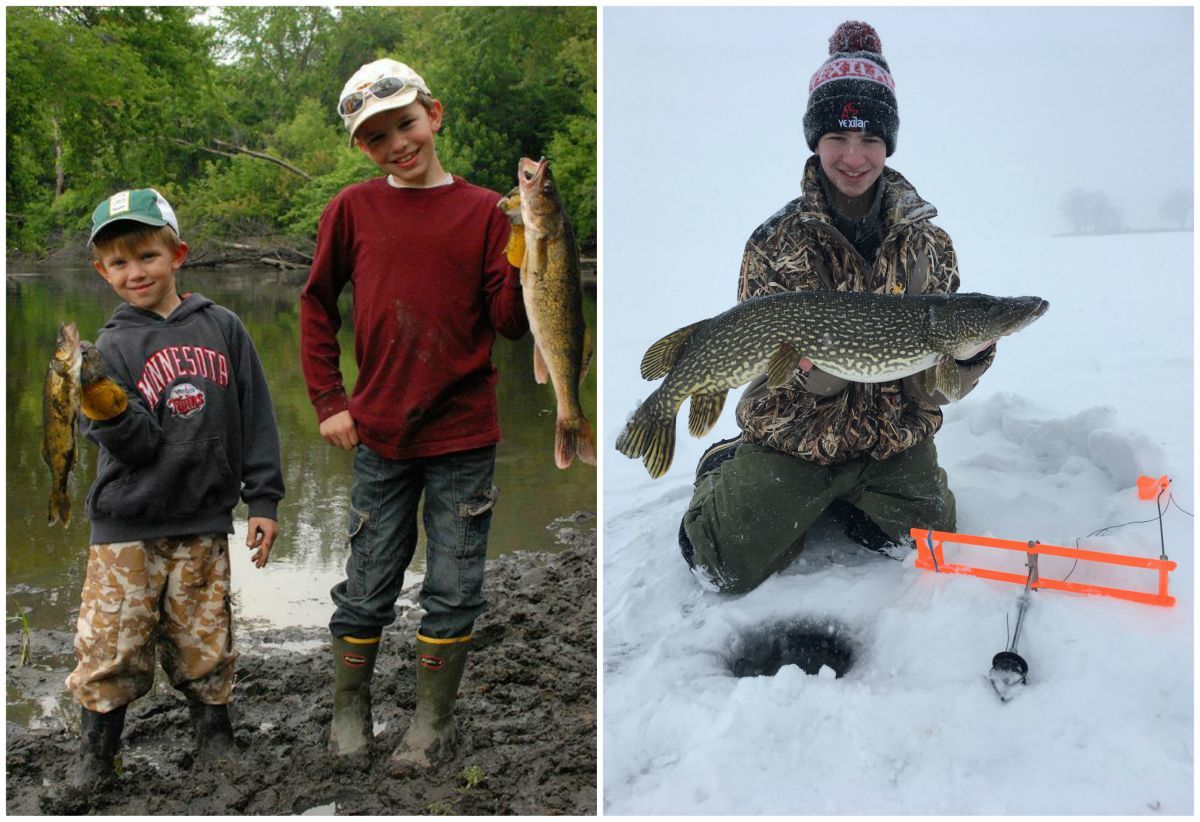 3. Rotate the fish to showcase its best features.

With the light source at your back or to the sides, have the angler rotate the fish so its colors and scales really pop on camera. Slight adjustments can make all the difference, so instruct the angler with specific commands. Remember, the fish is out of the water and time is critical; this isn’t the time to have a debate regarding who is in charge of the photo session. As the cameraman, take the lead. Here are a few examples of instructions I often use when shooting pics of my friends and family with fish: “Raise the pike 2 inches; turn the side of the crappie slightly toward the sun; move the bass 3 inches to your right.” 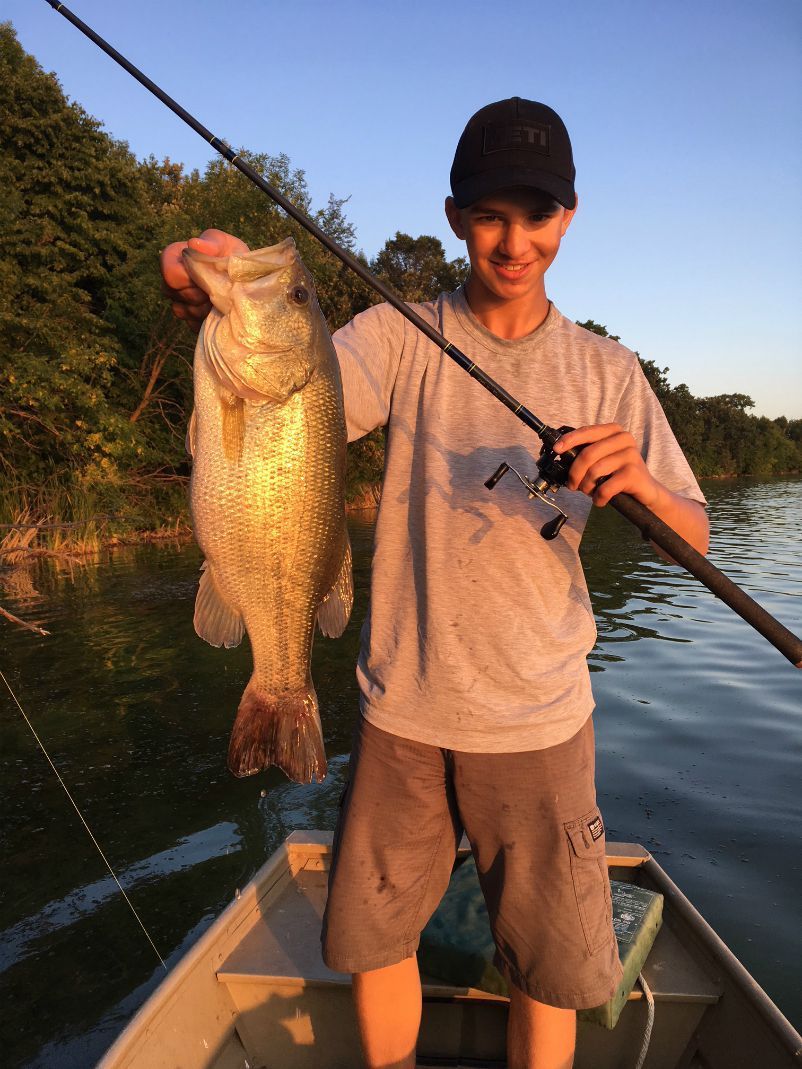 A setting sun provides interesting lighting, but you have to rotate the fish just right to capture its details.


4. Hold fish out slightly, but don’t overdo it.

This is one I have to work on when my kids are holding fish for pics. Perhaps it’s because they are from the Instagram generation, but my two sons sometimes want to hold everything out so far that the true fish size becomes irrelevant. A big fish is a big fish — there’s no reason to exaggerate it. Present the fish with a hold that doesn’t harm the fish — meaning that big pike, muskies, walleyes and catfish should be held horizontally, not vertically. Some species, such as bass and panfish, are fine to hold vertically. Hold fish in front of you but don’t overdo it by trying to make a 3-pound bass look like a 5-pounder. And if you catch a 23-inch smallmouth or 16-inch crappie, there’s no reason to exaggerate its size. In fact, by holding it normally, everyone with knowledge of the species will immediately understand and appreciate your accomplishment. 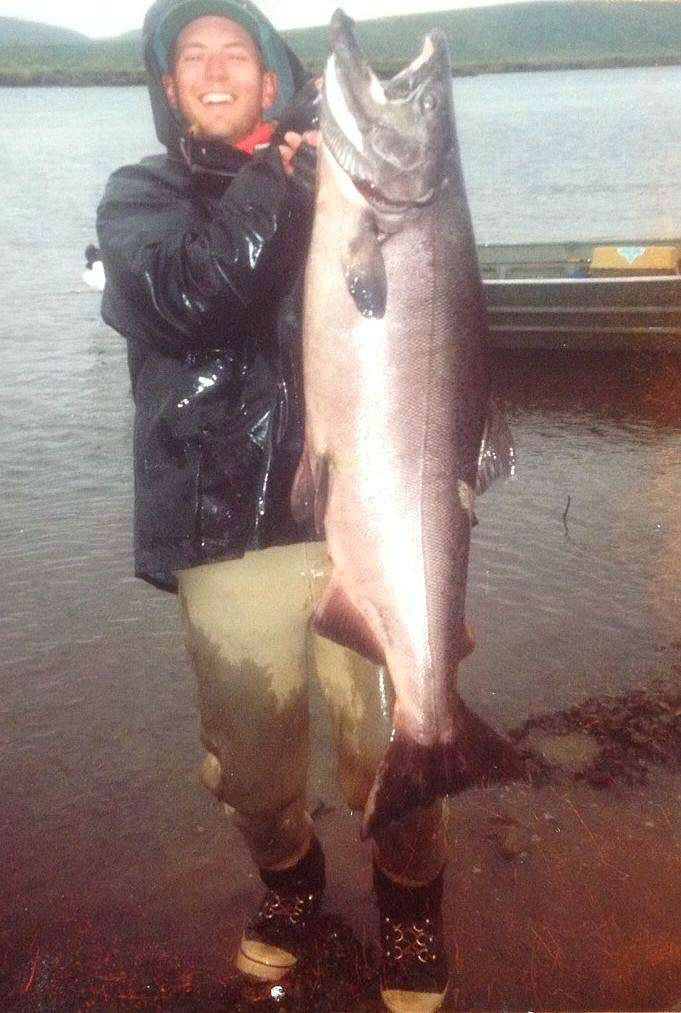 This old print image of the author from 1992 is of poor quality, but it illustrates an important point: Big fish don't need to be held out to look big. This Alaska king salmon weighed 62 pounds, and seeing it draped across the author's body helps tell the tale. He would have held the fish horizontally if he'd planned on releasing it, but this one was kept for the grill.

The best part about digital photography over the old film days is the ability to shoot a nearly unlimited number of images. Keeping in mind that you need to limit the amount of time a fish is out of the water, be sure to take a lot of photos. What constitutes “a lot?” For example, if my son catches a big pike during the summer, and we plan to release it, I’ll probably take 5-10 pics in 20 seconds on my smartphone. Then I’ll have him place the pike back in the water, usually in a large net. I’ll check out the photos to see what I think, and I’ll hand him the phone, too, so he can scroll through them. Depending on his opinion and mine, we might be done shooting pics, or we might start round two and take another 5-10 pics, again keeping the pike out of the water for no more than 20 seconds. Then, the pike goes back in the net/water and we repeat the photo review process. Care of the fish is No. 1; getting a good photo is No. 2. Once we’re satisfied that we have good images, we release the pike. 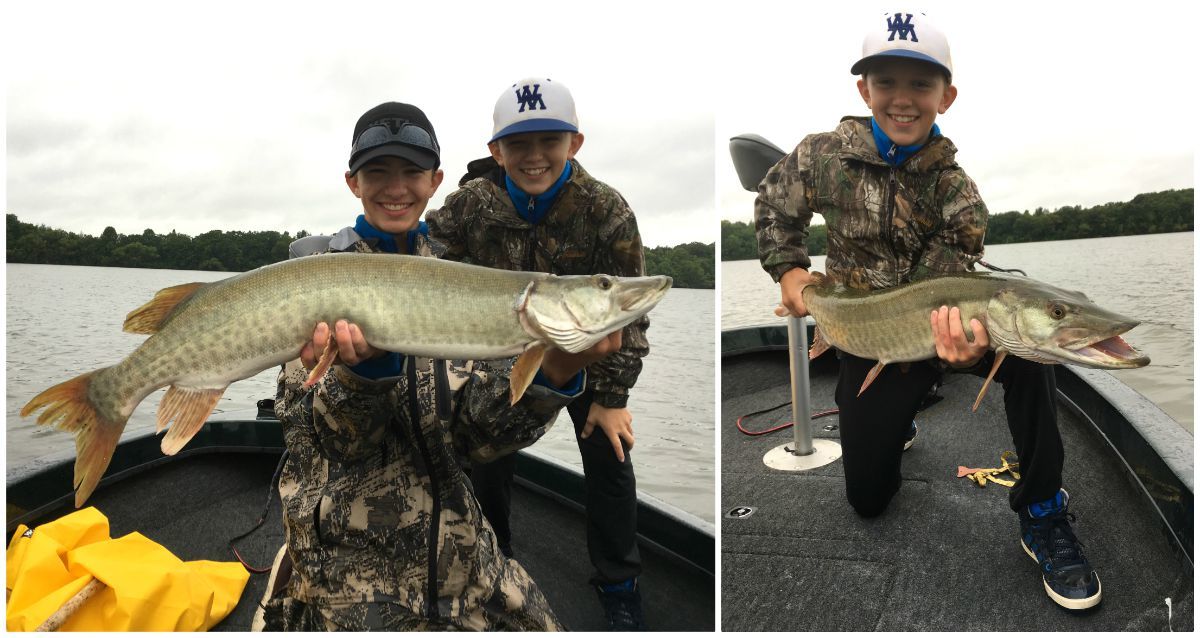 The author's son Luke caught this muskie, and big brother Elliott first held it for pics (left photo). The right photo was taken during round two of the photo session, after the fish had spent several minutes back in the water.

Click here for a quick explanation of the Rule of Thirds. While there are times when the rule doesn’t apply to fishing photography, it’s a good idea to keep it in mind when composing and editing photographs. Note that I included the word “editing” in that last sentence. You don’t necessarily have to keep the Rule of Thirds in mind as you snap pics in the boat or on the ice, but it’s smart to remember it as you crop/edit pics later either on your smartphone or laptop. When it comes to taking pics of anglers and their catch, sometimes it’s best to keep them in the middle of the frame, but you can still use the Rule of Thirds with the horizon line or water line. See pics and captions below for specific examples.

One note on cropping and editing photos: I use the free online tool/website www.ipiccy.com to edit all of my photos. It’s intuitive and easy to use. Simply click the “Edit a Photo” button to get started. I use iPiccy to crop images, alter the exposure, fine-tune the color, etc. I especially like that the cropping tool overlays grid lines that follow the Rule of Thirds (see photo immediately below). 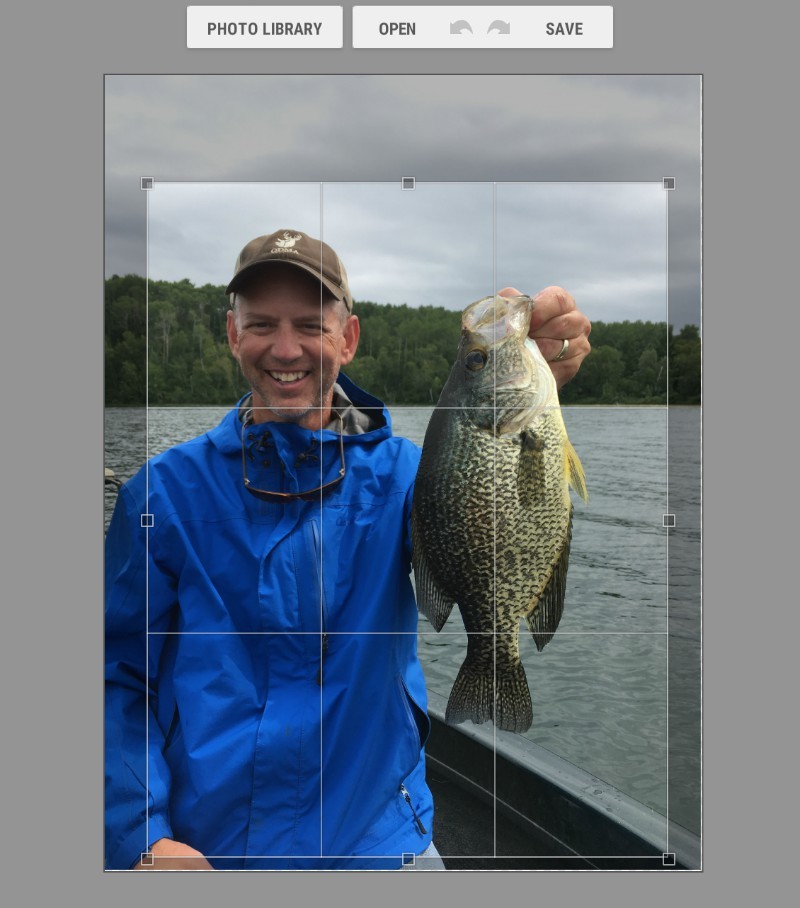 The cropping tool from iPiccy.com overlays grid lines that follow the Rule of Thirds. Here, the author uses the tool to place the gill cover of a 16-inch crappie right in one of the photo's sweet spots.


Below are several more examples of fishing photos. Check out the included captions for comments on composition, lighting and more. 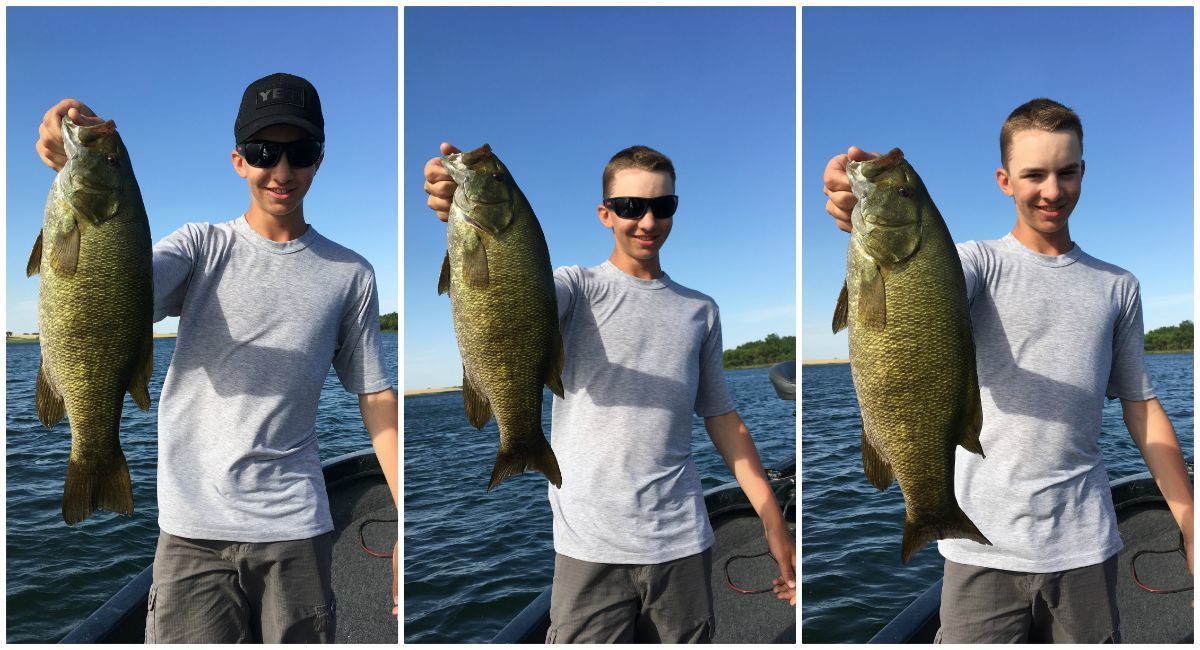 A midday sun makes for tough photo conditions. Experiment with having the angler remove a baseball hat to eliminate the harsh face shadows. Try having them remove sunglasses, too. A good way to protect sensitive eyes while not wearing sunglasses is to have your angler close their eyes. Count to three, having the angler open their eyes on two, and snapping the photo on three. 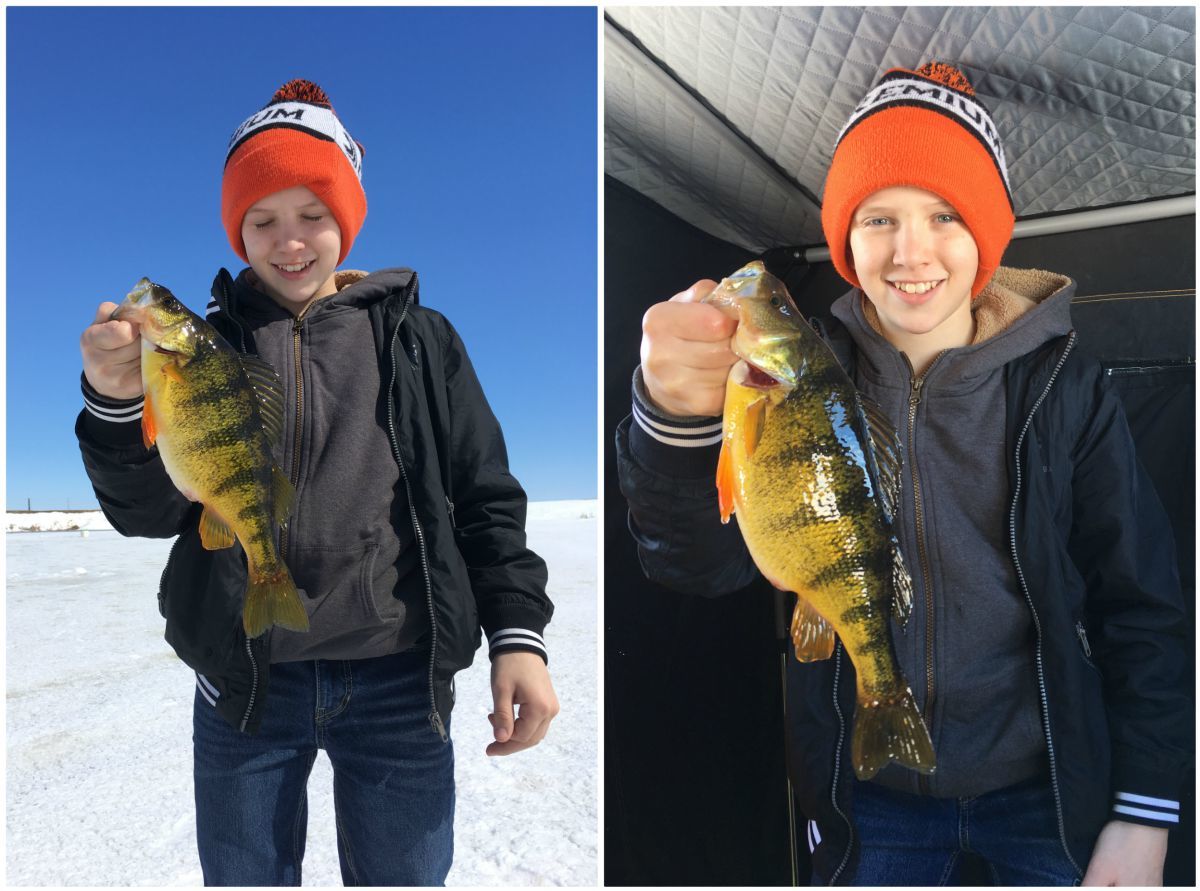 The author tried to capture a decent photo of his son holding a perch, but the sun combined with the snow made it impossible for Luke to keep his eyes open for pics. After 10 quick failed images, father and son went into their ice shelter, controlled the lighting with windows, and achieved a pleasant exposure. 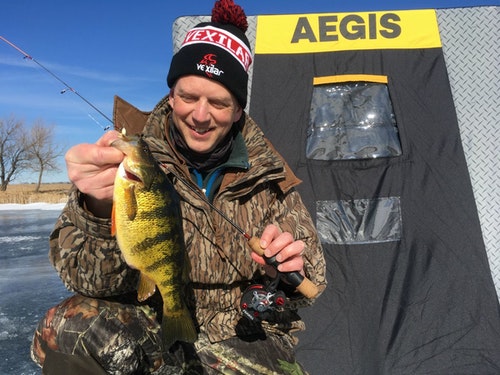 You don't always have to stare at the camera for a decent photo. Sometimes it works well to look at the fish instead. 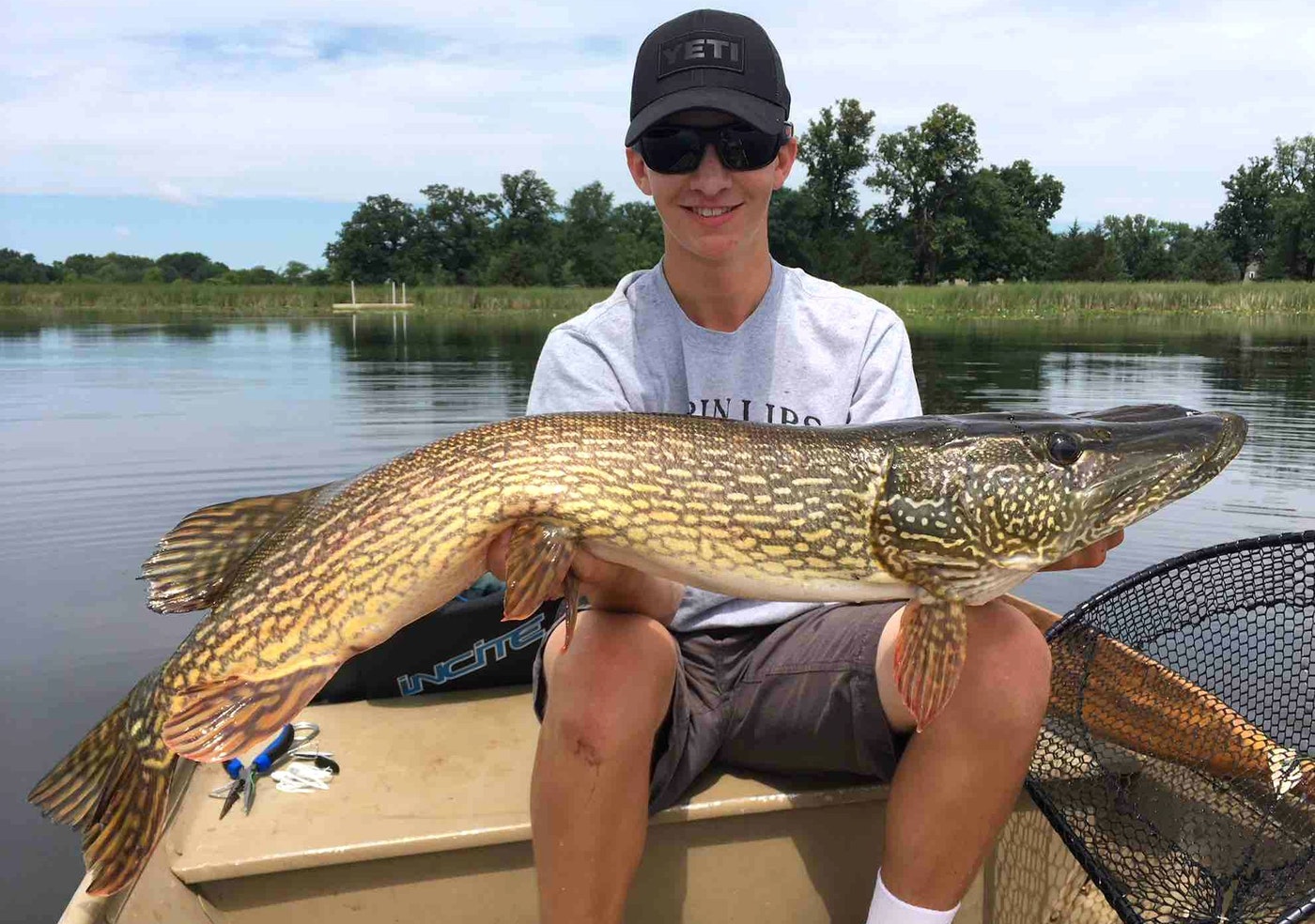 Can you identify the Rule of Thirds in this image? The author used the iPiccy cropping tool to ensure that the water line fell one-third from the top of the pic.