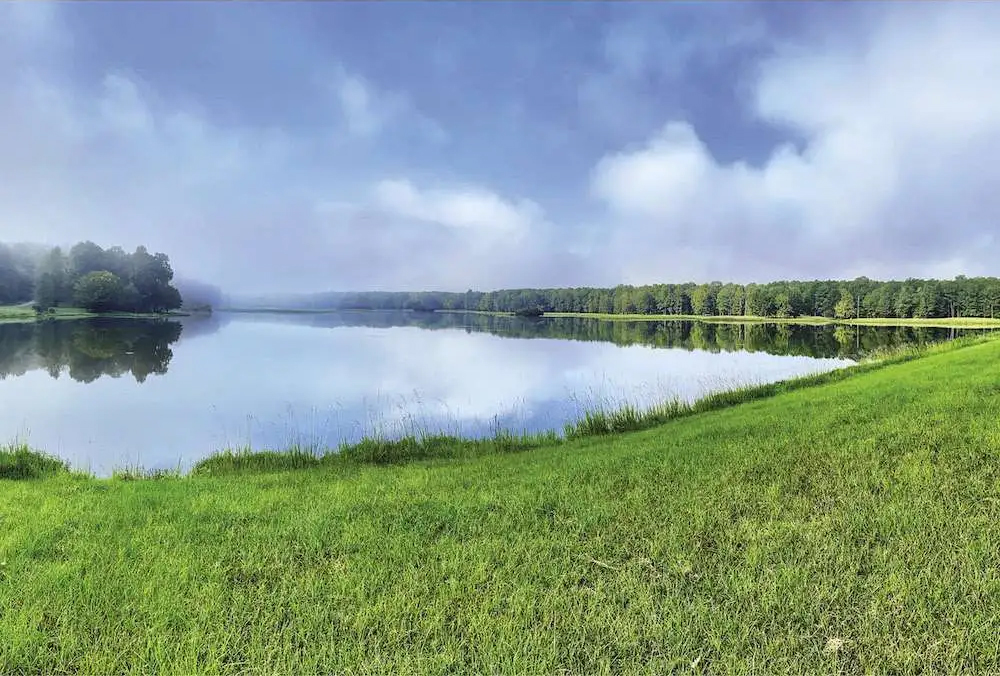 We found a lake. It’s unimpressive. I guess we could call it average, if you want to be nice about it. Sure, there are some bass in it. But, there are more gar, crappie and catfish. We are going to call it Lake Y, but it could well represent the majority of small lakes and ponds scattered throughout the country. Left unmanaged, small fisheries, say from 3 to 100 acres, can get out of balance a lot faster than you would imagine. Bass can become scarce from predation of other critters, or worse, overpopulate a lake and stunt. Nondesirable species (at least to hardcore bass anglers) like catfish, gar and carp can create such a biomass in limited space that largemouth simply cannot thrive. Cover and structure can deteriorate; vegetation can choke out open water; and water quality can become unbearable for fish in a matter of a few years. If you fish a small lake that may resemble this description, the Lake Y Project is for you.

Bassmaster has partnered with Lochow Ranch Pond and Lake Management, one of the nation’s foremost experts on improving small fisheries, to develop a series on how anglers can identify opportunities to improve small lakes and steps to take to turn an average lake into a bass fishing paradise. A complete video series will be published on Bassmaster.com. This is the first part of many to appear in Bassmaster as we take this journey together. In the end, we hope to inspire you to not settle for unimpressive or average fishing, because you can do something about it.

“The first thing you have to do is figure out what you have to work with,” said John Jones, owner of Lochow, which services more than 7,000 private lakes from Texas to Alabama. “Find your lake on Google Earth and use the historical imagery function to get an idea of the bottom topography. You can see how many creeks are running through it, the depth profile and if there was any structure left to be inundated.” Of course, you can also see how the land changes around the lake. Does the bank become manicured, or is there adjacent agriculture that could add chemicals to the lake through runoff? “A really important aspect of looking at satellite imagery is to see if there are lakes above you, especially if there is a free-flowing creek, that will affect your fish population and water quality,” Jones said. 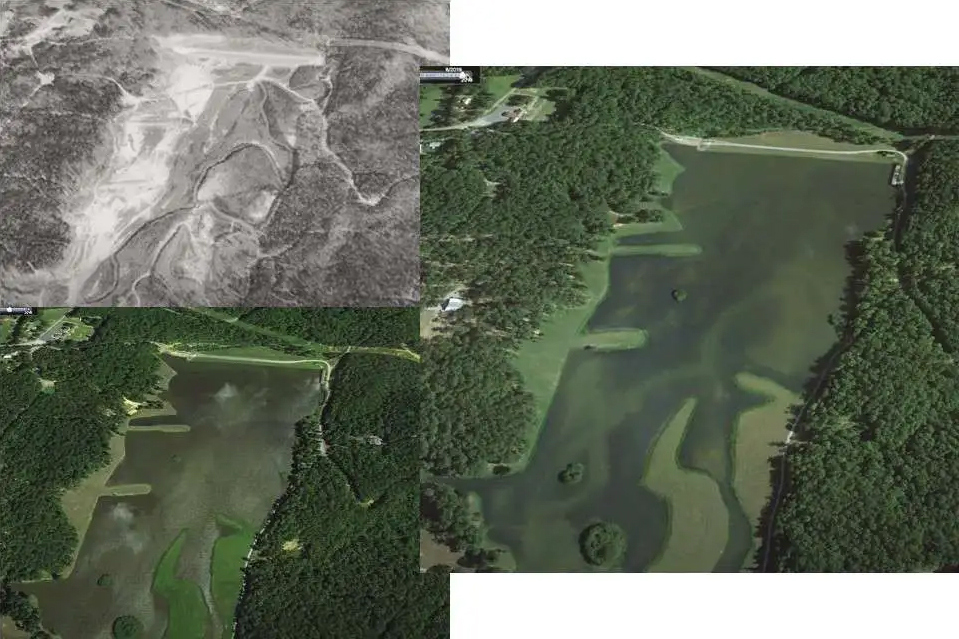 The first step in surveying your lake is to take a look at the historical imagery through Google Earth. This shows you creek channels, depth and how the lake has changed over the years.

Jones also looks for otter signs. “There is nothing more damaging to a bass population on a fishery than otters. If you have an otter problem, it needs to be addressed before you concern yourself with growing bass.”

Take stock of the dam. Is it tall? That’s an indicator of depth. Look at the vegetation. How much bank grass is present, and how much emergent weed growth is there? Most grass is good for fish but frustrating for fishermen and lake owners. “I’ll also look at docks on the lake, if any are present. The boats there tell you a lot about the type of anglers fishing that lake and whether anybody but you might care about improving the bass fishing. You want allies,” Jones said.

Finally, Jones will look at the water. “Water color can tell you a lot, especially if you look at the water color of the lakes above and below you, assuming there are some,” he said. “If the lake that is dumping water into your lake is a different color, you need to find out why. Superclear or superstained water can indicate problems. Are there not enough nutrients in the water to assist in fish growth? Muddy water can indicate an overpopulation of bottom-hugging fish like carp and catfish, or just poor bottom composition or lack of vegetation to help filter sediment.”

Take notes when you walk around your lake. This will help you identify your next step.

Jones walked the banks of Lake Y in early spring. It’s a 56-acre, creek-fed lake in Alabama. It is well-shaped, including long points, skinny canals, gentle coves and at least one significant channel extending through its length. It is positioned at the base of a small ridge, the adjacent land flat and featureless, save for some mature trees with fairly manicured grass surrounding. Here are his first impressions. 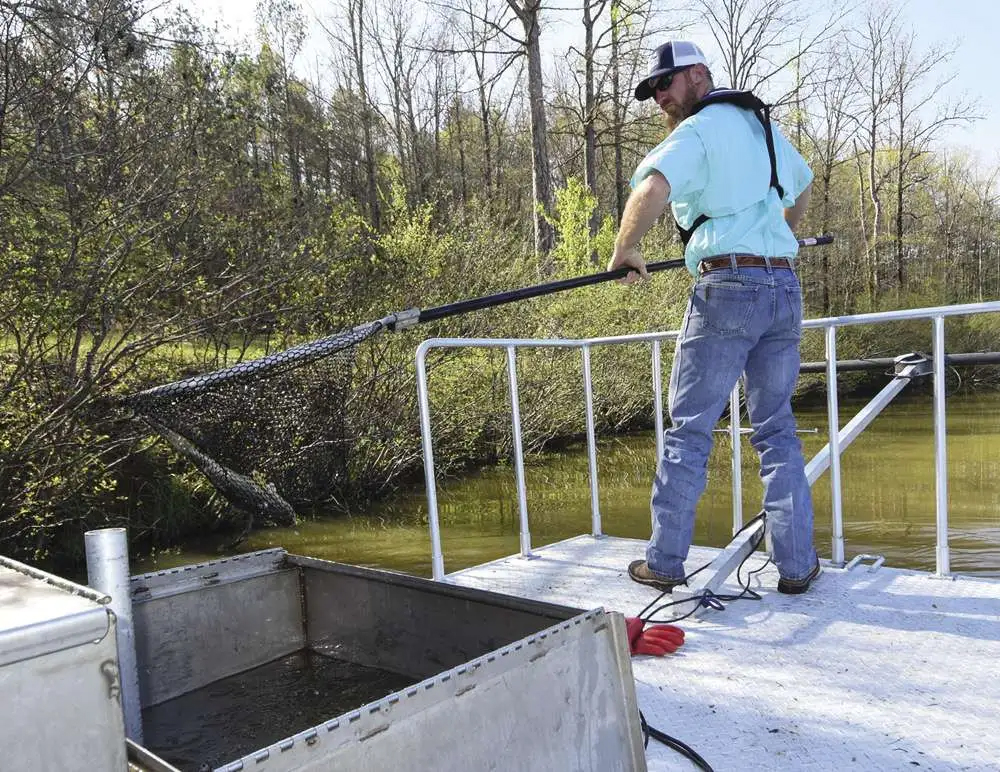 “Well, this appears to be a very shallow lake. There’s only about an 8-foot drop on the backside of the dam. There is no visible cover sticking out of the water, which tells me the little bit of bank grass rimming the edge is the primary cover right now for bass. It needs more. There is a lot of floating particulate in the water, making it dingy. I’d guess this is currently an awesome catfish lake. They will stir up a lake this size if the population is too intense. And I haven’t seen many sunfish at all. They are likely being demolished by what bass are in here, along with catfish and gar.” 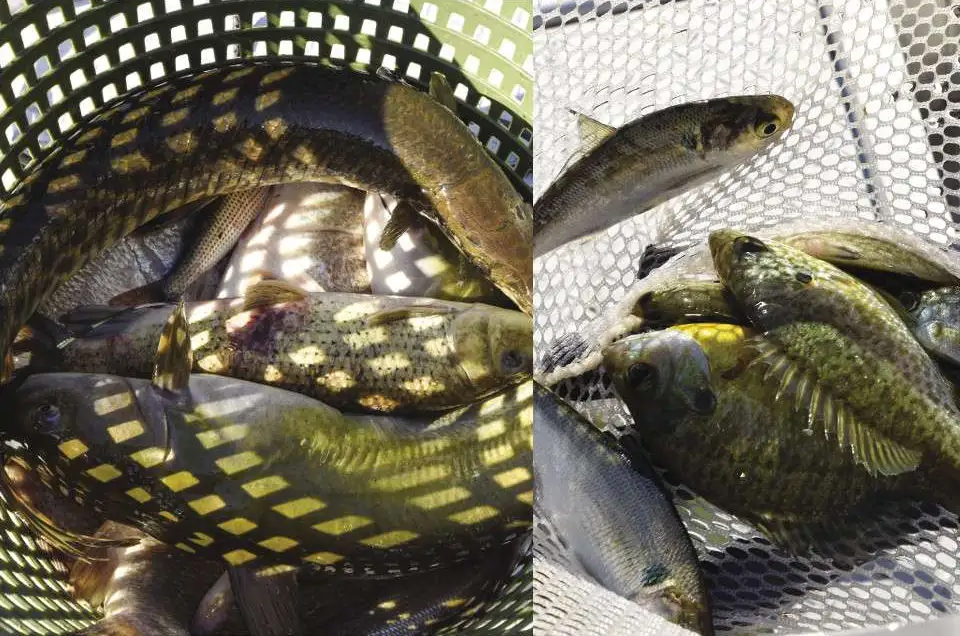 A quick look at the one community dock on the lake offered a few key insights.

“There are a few boats that look like they last saw use when Bill Clinton was in office. A couple others look to be used often. So, I’m guessing you will find some folks that fish here that would love to help you make this project successful. There’s one feeder, but the food is very low quality, and quality of the food is everything.”

Perhaps the most interesting feature of the lake is the spillway.

“The spillway is basically an underwater bridge, which was very well-built. But, there is water flowing over it, even though this area hasn’t had a recent rain. So, we are looking at consistent water flow through Lake Y. This matters a lot, because it reduces the number of inputs we can consider to make it better. No reason to lime or fertilize, because whatever you put in the water will simply flow into the next lake downstream.”

Once you know what surrounds your lake, you need to get a good idea of what’s in it. If you don’t want to pay for someone to do an electrofishing survey, you can fish your way through the process. Target catfish, bream, bass and crappie. Create a diary of how many fish you catch, their length, weight and the frequency of bites. While fishing, keep a keen eye to the water for carp and gar. Notate how many you see. Reach out to other anglers on the lake to do the same. Once you compile the data, you can refer to Jones’ recommendations after he completes an electroshock survey.

“The best way to get a complete picture of what’s under the water is to shock it. I know everyone doesn’t have the money to spend, but if you can afford it, the image of your fishery becomes very clear,” Jones explained.

So, Jones and his team shocked Lake Y. What they found supported our initial belief that this was an average fishery. As forage goes, the lake had some threadfin and gizzard shad, bluegill and three other species of sunfish. The populations for all of these were quite low. The list of undesirables is quite a bit longer. Crappie, catfish and gar were very prevalent. Common carp, drum and spotted suckers were also recorded in lower numbers. But, what about the bass?

About 103 largemouth bass were measured from the electroshocking. They ranged in size from 3 1/2 inches to 22 1/2 inches. The majority fell between 13 1/2 inches and 18 inches long. The weights of the fish were slightly under the standard bass weight curve for their length. So, what does this tell Jones about the state of the fishery?

“Overall, the fishery is in the condition we expected … so-so,” Jones said. “The data shows that Lake Y bass are about 7% underweight on average. When bass fall below target weight, they can become stunted, which is happening on Lake Y. The 4 1/2-inch bass we shocked is likely 2 years old.” In a nutshell, the balance of predator to prey abundance is off-kilter. Too many big things eating little things. 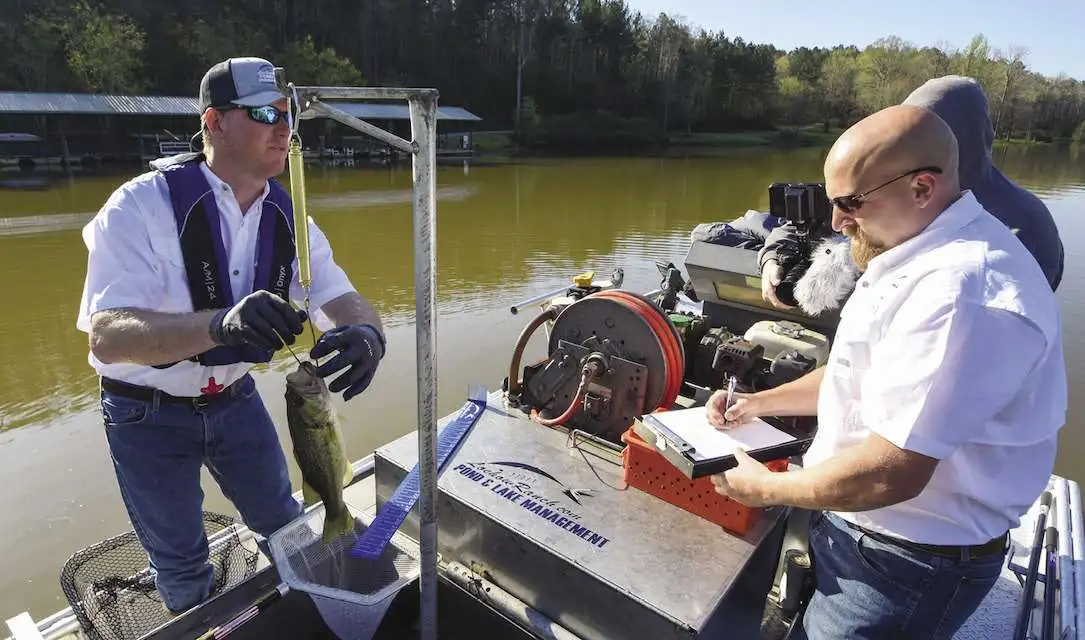 All bass are measured and weighed to gauge overall health of the population.

“There is also an overabundance of catfish and other undesirable species. These fish compete directly with the bass for food, which further compounds the stunting issue,” Jones said.

Lastly, what did Jones think about the habitat and water quality after being on the water? “Well, there is very little cover outside of the bank grass, which we figured would be the case. Our water quality tests showed fair results, with alkalinity and hardness falling below what is desirable.”

Now that we know what we are dealing with, what are the first steps to take to improve Lake Y? According to Jones, it starts with goals. “Some folks want to grow a 10-pounder; others just want to have a lake where they can go out and catch a bunch of healthy fish. So, I recommend that every angler creates a specific goal for their lake right off the bat. And know that this is a long-term commitment. Unless you want to spend a whole lot of money, changing the personality of a lake takes time. Patience is key.”

As for Lake Y, Jones offered a to-do list. First, keep a lookout for otter signs. Walk the banks and look for scat containing fish scales. If found, set traps. Secondly, set out jugs and trotlines for catfish. “You’ll never catch ’em all, but Lake Y has way too many. Same goes for the drum and gar. Work on reducing those populations.”

There is nothing to be done about the water quality of Lake Y. Because of the constantly flowing creek, adding lime to improve fertility would be fruitless. It is what it is.

“I know it’s expensive, but adding feeders and a really good quality feed that’s high in protein would encourage growth of the sunfish population, which is badly needed. And lastly, I’d add some cover to this lake. It will help a little bit with recruitment once fish spawn, but mainly it will spread out fish and fishing pressure, giving bait and bass more opportunity to thrive. Once these steps are taken, we will look at a feeding program, stocking and other input options,” Jones said. That information will be in the next Lake Y installment.

For detailed video content of the Lake Y project with Jones and the Lochow team, visit Bassmaster.com.

For a full line of Artificial Fish Habitat and Attractants, check out TexasAnglerProducts.com.