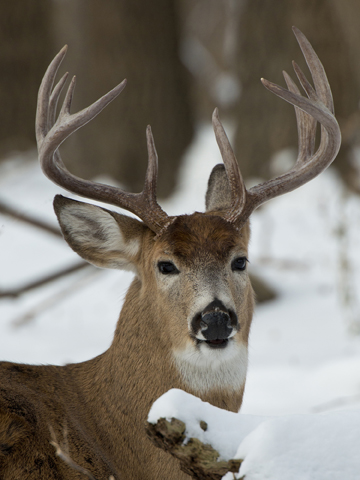 The incident serving as the basis for this column was based loosely on true events. The memory of the bar setting stuck in my mind and several years later I expanded the anecdote into a short story, The Gift Shot. The story ran in Field & Stream Magazine and subsequently won the President’s Choice award given by the Outdoor Writers Association of America for best magazine article of 1993.

CISTERN IS A tiny settlement about 100 miles and a long yawn west of Houston. The closest “big town” is Flatonia, if that tells you anything. Among other things, Cistern is a handy pit stop for traffic taking the scenic back roads to Hill Country.

This especially is true during the hunting season.

I stopped at a crusty little store-saloon on the west side of the highway. Inside, along the stacked jumble of canned goods and farm tools, was a wooden bar elbow-polished by several generations. Gazing at such a bar seated amid the hills of scrub oaks and mesquites, you can only wonder how many tales of deer hunting have been drawled across the counter, and how many determined boots have scuffed the planks prior to each opening day.

A pair of salty cowboys sat at the bar. They lifted eyebrows over sweat-stained Stetsons and half-empty longnecks. A bartender with a round red face nodded hello. Behind, over the long mirror, was an aged shoulder mount of a 10-point buck. A hand-lettered billboard announced the local big buck contest. First prize was a Winchester Model 70 bolt riffle chambered in .270 and fitted with a Leupold scope.

“Bottle of Shiner,” I said and the saloon-keeper rattled up a cold, dark longneck and passed it across. I sat several stools down from the two locals. They shrugged, non-committal, and bent back to low, animated conversation.

Even in the dull light they were a rough-looking pair, lean and mean, with the dusty hats jammed over angry hair. The closest was a definite hard case, with a long honky-tonk scar over one eye and a chink knocked out of a cheekbone. His hands were big and knuckly. You got the feeling that he was solid bad news, and that he could come up off the floor and finish whatever was started.

His bearded compadre was only slightly less unsettling and it was a safe assumption they were not discussing After Six attire for the Allegro Ball. Just the fact that they were together would indicate illegal conspiracy of some sort. I absently scanned the wall behind the bar, half-expecting to see the scowling duo reflected on a wanted poster.

“I’m not kiddin’ ya, Billy,” Hard Case was saying quietly. “Ya shudda seen this buck. I was down checking on the deer blind by the dry crik and he walked out and just stared at me. He was standing right there in the crik bed, not 50 yards from the deer stand.”

Billy accepted this news with foamy splash of shiner. “I’ll bet he’s got a scrape close by. How big was he, again?

I’m telling ya you’ll never see a bigger buck around these here parts. And this is how we oughtta work it Saturday morning.”

This was sounding pretty good, and I leaned closer, causing the stool to squeak suddenly. Two pairs of cold eyes lifted. I coughed and beamed brightly around my bottle, “Ya’ll hunt much around here?”

“Do some myself--- but not around these parts,” I amended quickly.

The door banged and a 12- or 13-year-old kid bounced in through the gash of light. He was skinny and freckly and acted like Christmas Eve. “Billy! Randall! Can I still go huntin’ with ya’ll Saturday morning?”

Billy stretched long, faded jeans and Randall grinned crookedly and pushed the kid’s hat down. “Well sure you can, Jason; that is, if your maw says it’s OK.”

“She sure did! And she said to tell you and Billy thanks for workin’ on the gate.”

Billy thumped a fist on the kid’s thin shoulder. “Well good. Since you ain’t shot me nor Randall on that dove hunt yet, maybe it’s time you get a chance at a buck. But remember since it’s your first deer hunt and all, you shouldn’t be expecting too much.

“Gosh, just bein’ able to go is all I want!” It was obvious that the two men were at least seven feet tall. I was small change right alongside the pickle jar and the bakery poster. The kid paused. “But I don’t have a gun ----- a deer rifle.”

Randall laughed and Billy snorted. Then the bearded cowboy tugged his hat and looked at the kid. “Randall and I don’t mind you comin’ along, but we don’t want you gettin’ in the way. We’ve got serious business to take care of.”

Randall glanced at his friend then turned. “That’s right, Jason. We’re going to put you off by yourfelf. You probably won’t see much more’n a spike buck or maybe a forkhorn, but that ought to be enough for a first hunt. And if one shows he shouldn’t be no more’n 50 yards straight out in front.

“We were figurin’ that your best chance might be in a deer stand we set up down on a dry crik bed.

I put down the empty bottle and walked outside. While driving away it occurred to me that there are worse places to be a kid than in some of the small towns in Texas.

Not too far from Cistern in San Antonio, Texas Hunter's Trophy Deer Blinds, have provided comfortable concealment for hunters, wildlife watchers and photographers across America since 1954. With the exclusive “Hide-A-Way” window system, Texas Hunter Deer Stands provide a 360-degree view with concealment from the wildlife. For complete details and a catalog by mail visit www.TexasHunter.com or call 800-969-3337. #deerblinds #texashunterproducts