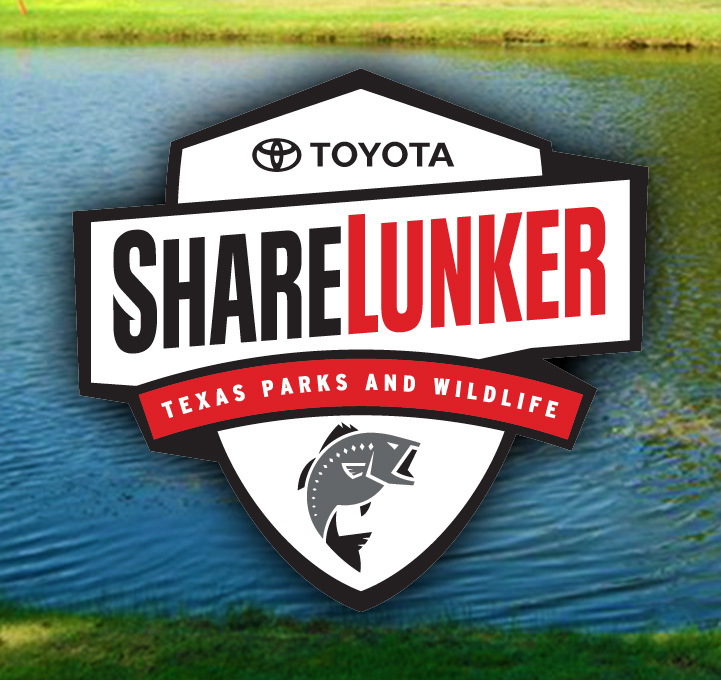 Just in case you haven’t heard, the Toyota ShareLunker program run by the Texas Parks and Wildlife Department is now operating under a brand-new format. ShareLunker now offers several new ways to participate and a passel of attractive incentives to reel anglers in.

Lake Fork guide Mark Stevenson turned over the program's very first entry in November 1986. In hindsight, Stevenson's 17.67-pound former state record provided a pivotal jump-start for the spawning and genetics research program, which Is founded on giant Texas bass and the anglers who catch them.

Roughly 31 years down the road ShareLunker has taken 569 additional entries weighing upwards of 13 pounds from more than 60 public reservoirs scattered around the state. The ShareLunker format rewarded participating anglers with cool prizes and widespread recognition through press releases and social media.

TPWD scientists pair the big female bass with handpicked males in hatchery raceways for spawning. The idea is to produce armies of baby bass with shared big bass DNA.

The ShareLunker progenies are stocked back into Texas lakes or used for research. A year ago, TPWD announced plans to revamp Its entire Florida bass hatchery program using ShareLunker offspring.

Often billed as one of the most successful public relations programs ever launched by the state agency, ShareLunker has generated a wealth of Interest in Texas bass fishing while spurring some really neat findings in fish science along the way.

Not surprisingly, the program has undergone a passel of policy changes over time, both good and bad. It has also met with a few bumps in the road in recent years that have caused angler support and participation to wane.

For more than a year now, new leaders within TPWD's inland fisheries division have been looking for ways to rekindle public Interest, restore angler trust and boost participation. They are hopeful the new format launched January 1 will breathe new life into the program and ultimately bring it out of the slump.

ShareLunker has always centered on anglers donating big Texas-caught bass for spawning purposes. Since day one, the minimum size required for entry has been 13 pounds. 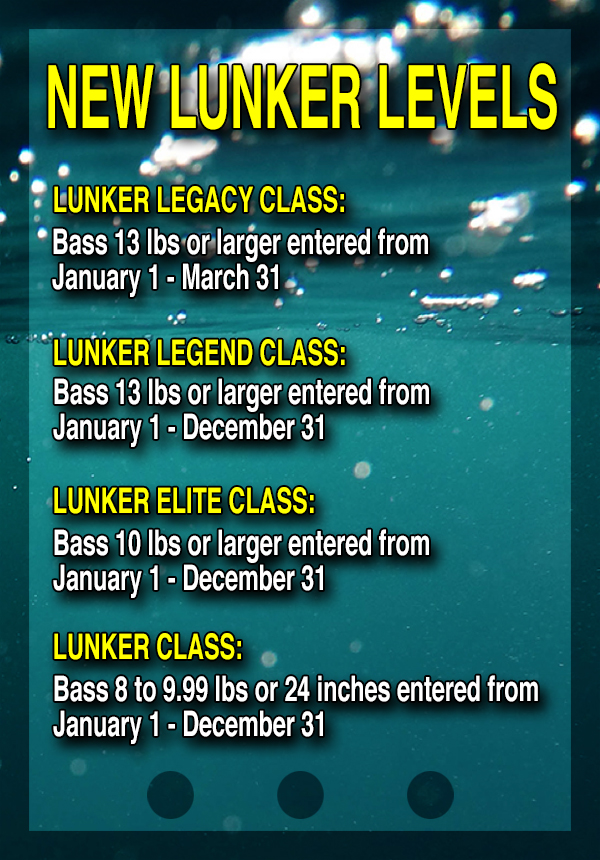 Those fish are still considered the heart and soul of the January 1-March 31 spawning phase of the program under the revised structure. However, TPWD is expanding the format to allow anglers to receive recognition by entering bass as small as eight pounds inother categories year-round.

The idea behind adding more levels of achievement is to drum up more entries while providing researchers with data that will help them get a better grip on trophy bass distribution across the state.

TPWD is putting plenty of bait on the table to reel in more participation, too. among the Incentives are automatic chances to win $5,000 Shopping sprees to an outdoor retailer, fishing licenses, ShareLunker branded merchandise, fishing tackle packages, etc.

Another noteworthy change gives anglers the opportunity to become citizen scientists by submitting scale samples from their fish for DNA testing. Testing will be performed at TPWD's Genetics Lab in San Marcos at no cost to the angler.

“We’ll be able to run the scales to determine the genetics of individual fish at our lab," said Craig Bonds. TPWD Inland Fisheries Director. "This will not only satisfy the curiosity of the angler, but it will also provide us with valuable data about the genetics of our wild populations of large bass around the state.

"As we move from stocking tens of thousands of selectively-bred offspring to tens of millions in the future, then hopefully we'll start seeing some of these fish show up in scale samples that are submitted to us by the anglers," bonds added.

"It's a citizen-science partnership we hope to establish with anglers that will allow them to contribute to the management of largemouth bass in Texas and make it bigger and better."

Cool as it all sounds; TPWD isn't exploring unchartered territory with its expanded ShareLunker format. The Florida Fish and Wildlife Conservation Commission has run a similar catch and release program called TrophyCatch since 2012.

More than 6,000 entries have been submitted to that program over the years.