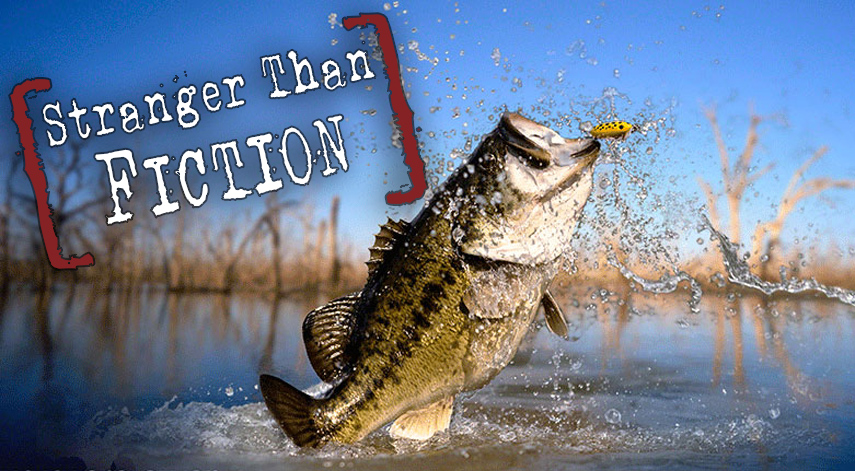 "One more for good luck!" Dave Romeo shouted to the crowd lining the shores of Kahler's Pond, Long Island, New York. It was the afternoon of October 28, 1984, the last day of fishing season. Romeo, who had already caught 3,000 largemouth bass that season, flipped up the tip of his fishing rod and set the hook on his 3,001st. He played it for a few extra minutes, enjoying his moment of glory.

Mobs of media had joined the lakeside crowd to witness and record Romeo's final bass of the year. A smile stretched across Romeo's face as he bent down to release the fish. He had shattered all previous estimates of a single-season catch. Names like "Bass Master" and "the Babe Ruth of Bass Fishing" would become common sobriquets for this 25-year-old tax consultant.

But Romeo was not your average fisherman. He was devoted to, almost obsessed with, better fishing. He had devoted 3 years to studying the art of bass fishing, keeping a detailed record of every bass he caught, including dates, times, locations, weather patterns, baits, and lures.

"There had to be reasons for fish to bite," Romeo explained.

"Certain days were better than others. My goal was to figure out why."

He read every bass fishing book available, searching for new strategies and new techniques. The best advice came from Robert Deindorfer's Positive Fishing: The Art of Angling to Your Outer Limit, whose central theme was concentration- the more concentration you had, the more fish you would catch. 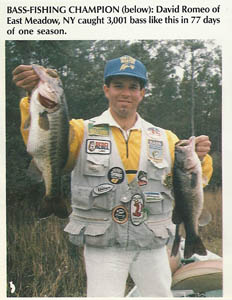 "I broke the thousand mark by June," Romeo said, "and knew I could double it by the end of the season. I wanted the people at Guinness to recognize the record, but they were hesitant. So, I got on the phone and contacted everyone with a vested interest in the record. Every fishing company whose tackle I was using sent letters on my behalf.

I also sent in all the media coverage I'd received to verify my claim to the record." Fourteen hours every weekend day; every vacation day; and every day off, Romeo searched for bass. He weathered the cold, the rain, and the wind. He ate little, resting only to switch lures or change locations.

Though a dedicated angler, he missed only one day of work the entire 3-month season. Fishing from inflatable rafts, small boats, and shorelines, Romeo averaged 38 to 40 bass a day for 77 days. All but 28 of the 3,001 fish were released; some were caught more than once, while one was caught more than six times.

Romeo became a hometown hero. He even wrote a book, Better Bass Fishing, the Dave Romeo Way, and founded a family-style catch-and-release bass tournament that bears his name. One more thing. During his quest for the record, he met his future wife.