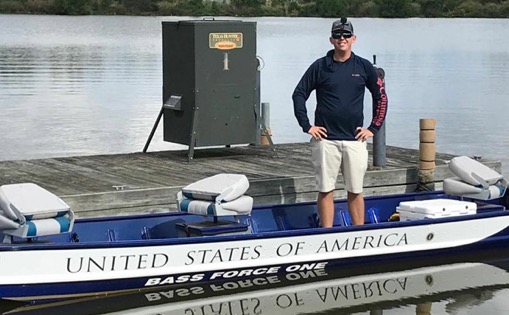 The Triton Boat was presented to President Bush in September 2014 by Johnny Morris, founder of Bass Pro Shops 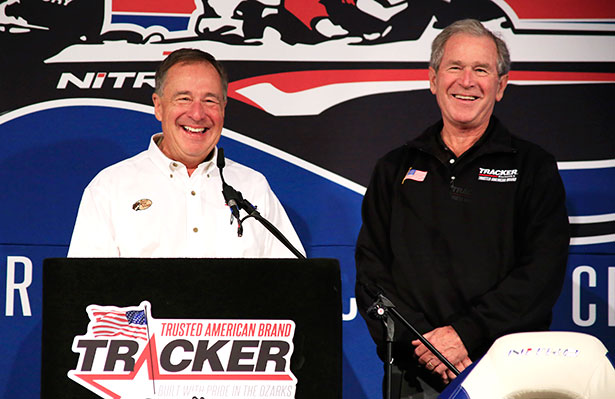 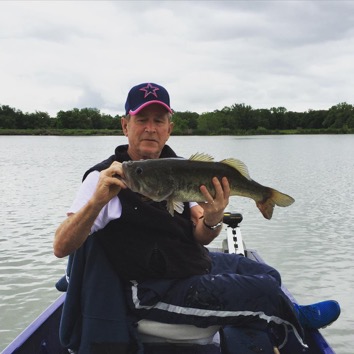 President Bush aboard Bass Force One

President George W. Bush, an avid fisherman and outdoorsman, made a surprise appearance as keynote speaker Monday at the Tracker Marine Conference at Big Cedar Lodge on Table Rock Lake.

Bass Pro Shops Founder Johnny Morris presented Bush with Tracker Bass Force One, patterned after Air Force One, made at the Tracker plant in Lebanon.

At the conference, Bush spoke about his administration's work to protect water quality and natural resources. While in the White House, Bush restored, improved or protected more than 3 million acres of wetlands and created wildlife habitats through the North American Wetlands Conservation Act and other cooperative conservation efforts, according to a news release from Bass Pro Shops.

"We pioneered a new model of cooperative conservation in which government and private citizens and environmental advocates work together," said Bush, a longtime family friend of Morris.

"We are inspired by and grateful to Mr. Bush and his father for their shared love of the sport of fishing and for their leadership and commitment to national conservation efforts," said Morris. "His efforts help ensure recreational fishing opportunities continue to exist for us and future generations. We are very proud that the president fishes out of his own Bass Tracker boat on his ranch in Texas."