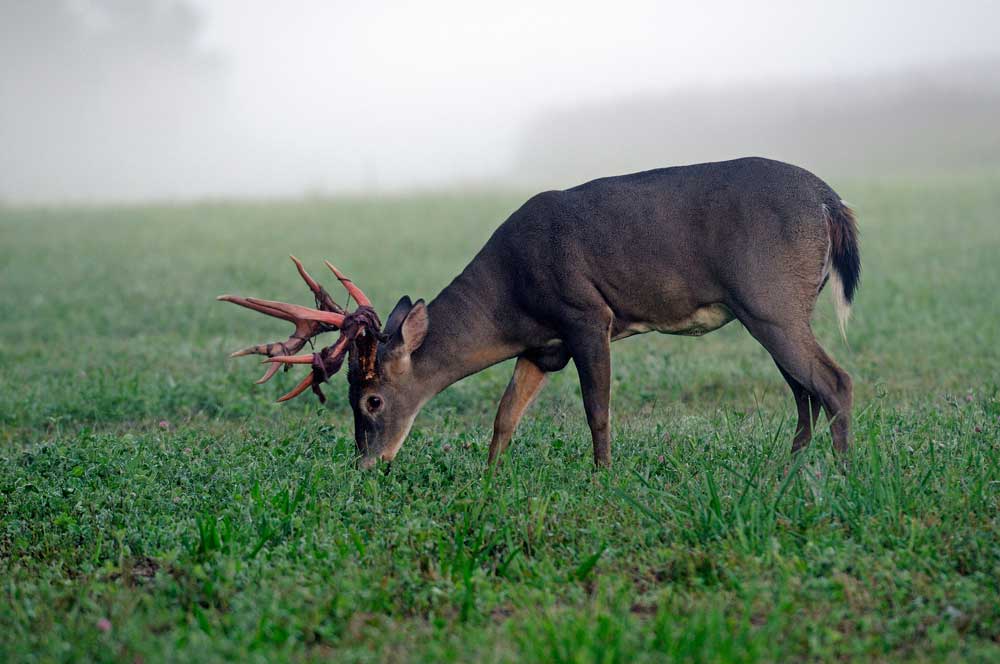 
From our friends at Gamekeepers Magazine. Aging bucks on the hoof is not simple or fool-proof, but I’ve got great news for you. The most important age to protect is the easiest to spot. Aging on the hoof means determining which bucks you are going to green-light, and this ultimately depends on your personal age-based goal for buck harvest. So the most critical aging decisions for you are those that straddle your line between “shoot” and “don’t shoot.”

Determining whether a buck in a trail-camera photo is 6 or 8 or 10 years old… yes, that’s very difficult, but, more to the point, it doesn’t matter. Any one of these ages equals “SHOOT!” in a hunting scenario. He’s beyond mature, he’s reached a rare age, and he’s carrying 100 percent of the antlers he’s likely to produce if he’s not already declining below that peak. Regardless of how many inches those antlers total, you should be looking for the vital area on this rarest and most revered trophy. That’s why NDA brackets all these deer as “5 1⁄2-plus” when discussing age. After he’s dead, you can send an incisor tooth to a lab to find out his exact age in this bracket if you need to satisfy your curiosity, but before he’s dead this information is irrelevant. 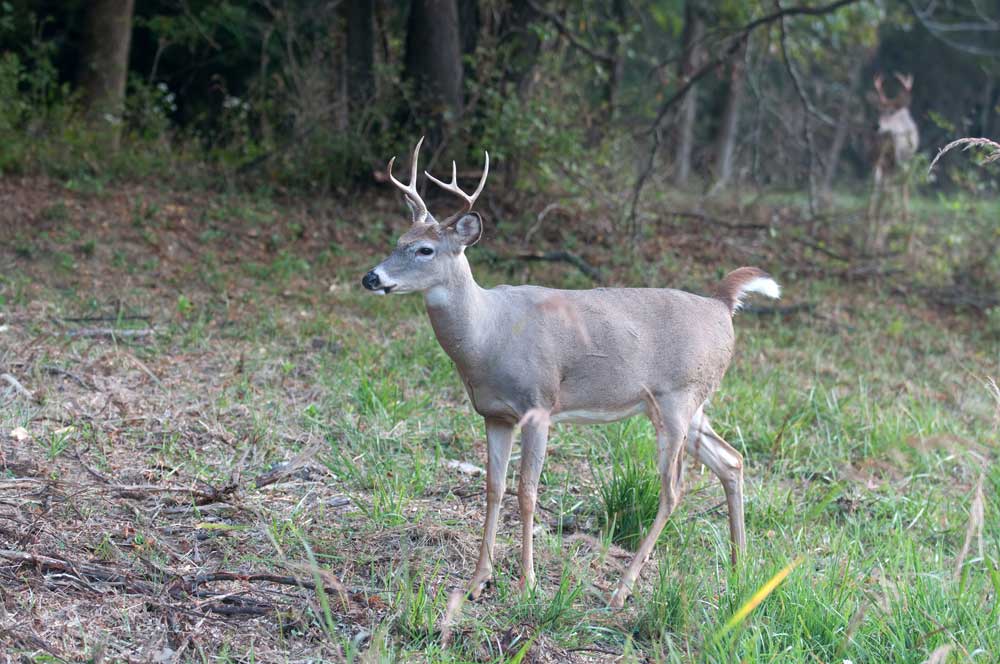 Separating a three from a four-year-old is not as tough as separating one geezer from another, but it’s still one of the tougher dividing lines in buck aging, and it’s a fairly common shoot-or-don’t-shoot line among hunters. With good photos, second opinions, and careful consideration most of us can make the right call here, but it’s okay if you don’t.

As I’ve said before, this is hunting not heart surgery. If you think killing a 3-year-old when you thought he was 4 is some kind of disaster, there are plenty of hunters who would gladly swap places with you. You’ve still enjoyed a great hunt and memorable recreation, harvested some venison, and taken an uncommon adult deer that likely was carrying 80 percent of his lifetime antler potential. But if this is a critical line for you, remember this: better to be wrong on the too-young-to-shoot side than the old-enough side. You can’t fix dead. 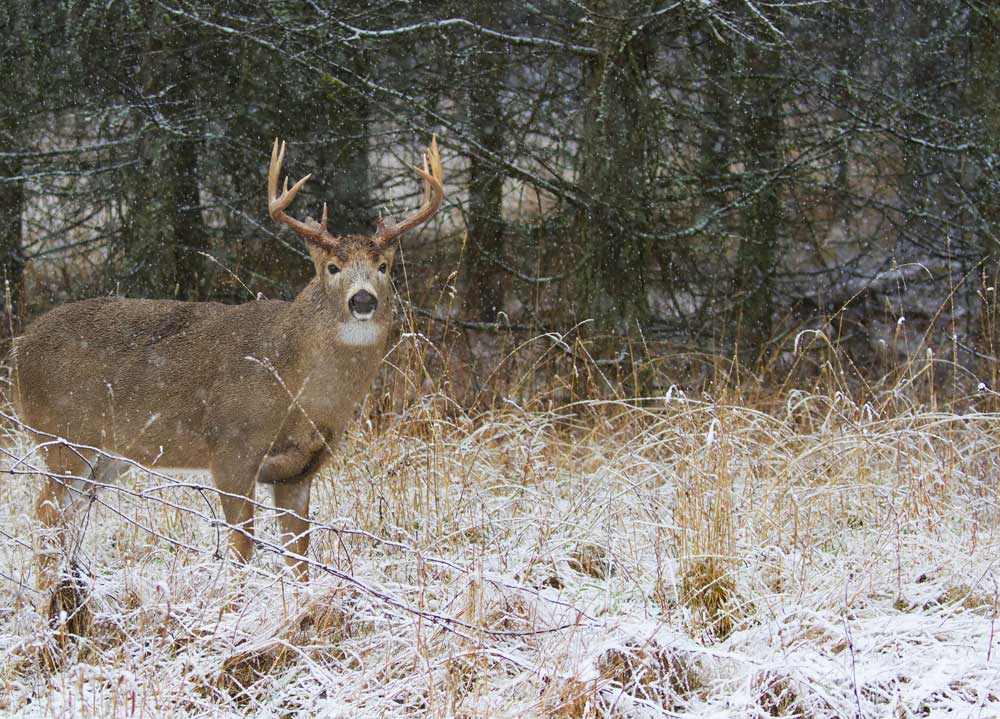 Separating a 2-year from a 3-year-old is getting even easier and is very doable for most of us if we have a little guidance and put some thought into it. For deer, this is one of the final lines between adolescents and adults. On one side, you can still see signs of the lanky teenager – there are still a few “lingering zits,” he loves flat-bill caps, and still says “bruh.” When they become three, now we have a deer who is dressing better, bending his hat bills, beginning to father children, and will not ask you to hold his beer.

It’s good that separating two from three is relatively easy because, for many deer hunters who are beyond the beginner level, 3 is a sweet spot you might want to enjoy for many years to come. Many veteran managers will tell you that they should reach 4 before you consider harvesting, but if there’s a crossroads where you can fill your buck tags regularly and kill adult bucks, some worthy of wall mounts, 3 is usually it.

Beyond this age, bucks may have larger antlers but more of them die of other causes or simply become too cagey to see regularly, especially in areas of high hunter density and pressure. Of course, no matter which age you select as your starting point for harvest, you and your partners are unlikely to kill all of the deer of that green-light age, and some or many of them will slip through into the older groups anyway. 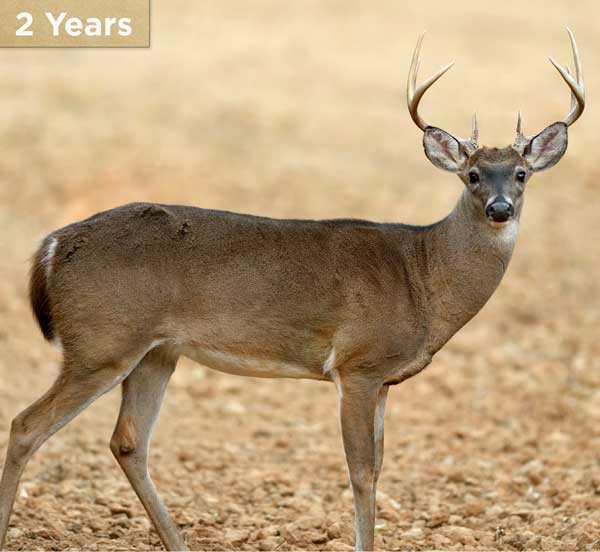 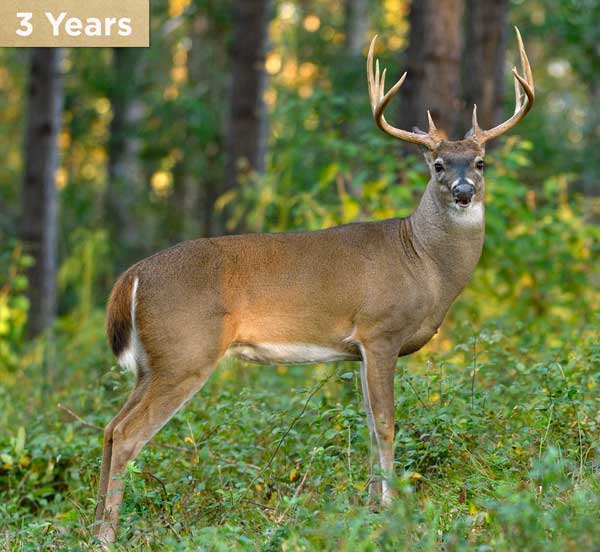 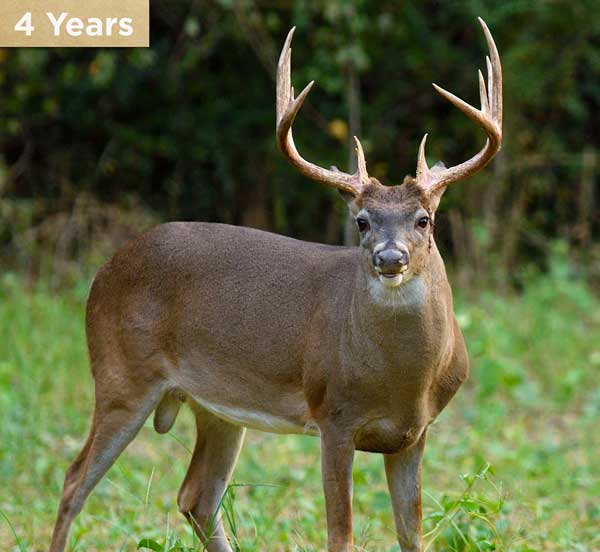 THE EASIEST – AND MOST CRUCIAL

Separating 1 from 2 is now a simple matter because we’re down to the easiest deer to spot in the woods: the yearling. And it’s very good that a yearling is so easy to spot, because – and here’s my whole point – he’s the most important buck in the woods to protect. If you fumble every other aging call there is, but you protect- most or all of the yearlings, your hunting is still going to get a lot better. Because they are young, inexperienced, less aware of danger, often alone for the first time in their lives, and often new to the area (because of year- ling-buck dispersal), yearlings are usually the first antlered deer we see while hunting – and thus the quickest to die in hunting season. But as soon as they are given moderate protection, whether voluntary or mandatory, hunting improves quickly. Given their extra year of education, 2 1⁄2-year-olds are not so quick to die, and now the numbers of older bucks begin to swell. Rut behaviors become more common and noticeable. Hunters see and kill bucks with bigger antlers and bodies.

This is why NDA teaches that the most reasonable, successful, and easy starting point for deer management is to protect most or all yearling bucks. And that includes all yearlings – even spikes. Given time, a spike yearling can grow into a buck that will give most hunters uncontrollable excitement.

So, is aging bucks on the hoof always easy or accurate? No. But luckily for all of us, the deer that’s easiest to age is the most important one to get right.