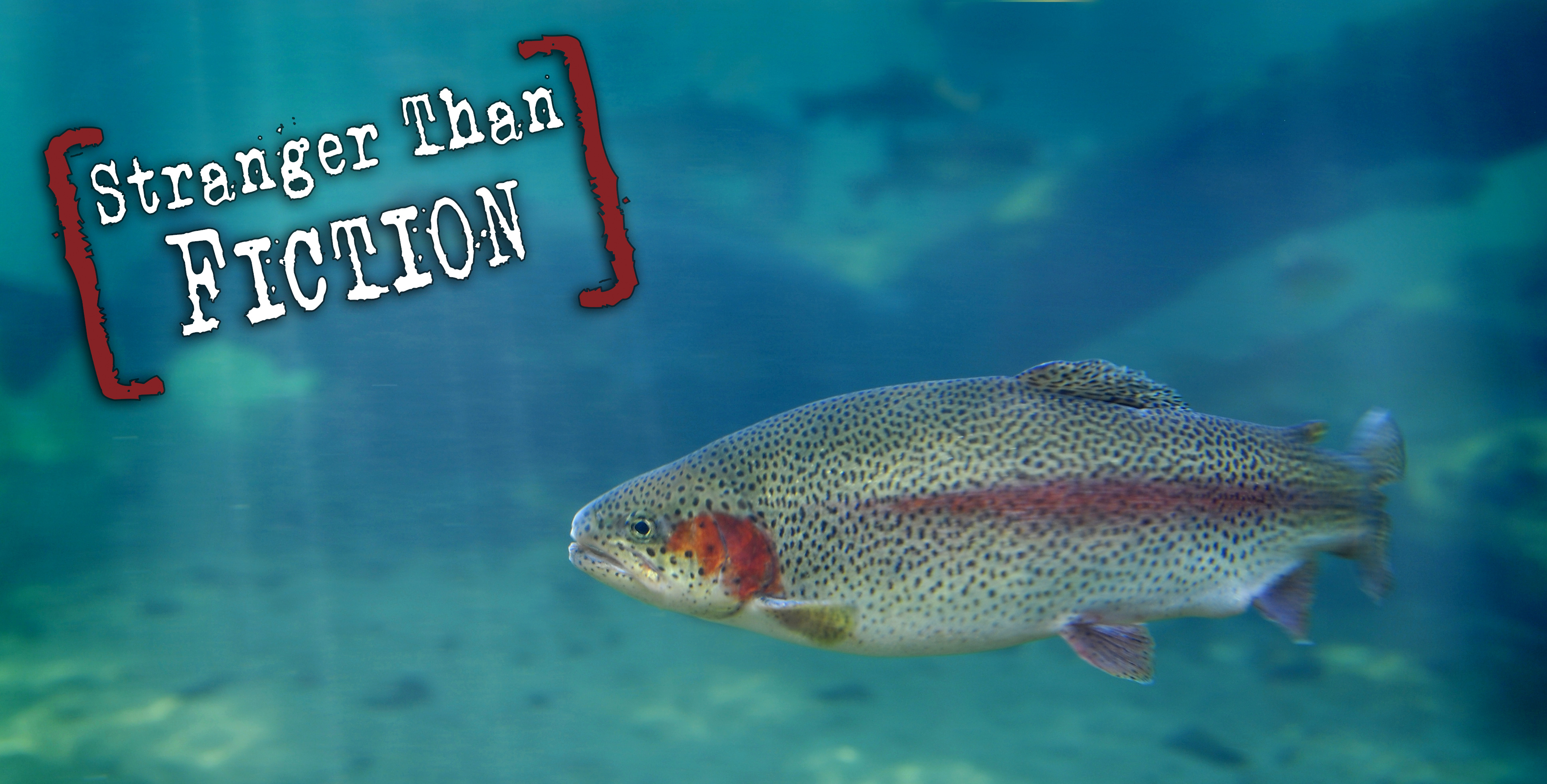 Fortunately; Bill Poyneer's rainbow trout was a trophy-size fish. Otherwise, his unpleasant experience on Mexican Hay Lake would have remained just that.

The balmy summer morning was clear when Poyneer paddled his canoe to the center of the lake, one of many sprinkled across the Indian reservations of Arizona's White Mountains. He carried a fly rod, a tackle box, and a 12-gauge shotgun in his canoe. When the fishing slowed, he planned to hunt ducks.

"Mexican Hay is shallow," Poyneer said, "only about four feet deep all the way across. I was fishing the middle of the lake when I saw a waterspout over on one side. It hit a boat and flipped it over. Summer was the time of year for the little whirlwinds of sand called dust devils, and when they crossed the water they created waterspouts. I knew this one was traveling my way; but I thought it would miss me."

Once he saw that it was coming right at him, Poyneer paddled frantically: But the waterspout was too swift. It caught Poyneer and capsized his canoe. Poyneer retrieved his gear from the lake's shallow bottom, righted his canoe, and returned to shore. "That should have been a warning," he said. "But it was early in the day and

I wanted to fly-fish." He dried his gun, changed into dry clothes, and laid his wet clothes in the sun. Then he gathered up his fly gear and returned to the lake in a float tube.

"I hooked a big trout on my three-weight rod," Poyneer said, "and played it for about twenty minutes. It came up a few feet away from the float tube and lay on its side. I thought it was dead."

Since he had no net, Poyneer lifted the fly rod high and pulled the trout toward the float tube. The trout was heavy; and the fly rod strained against the weight. When it was just within Poyneer's reach, the fish came to life suddenly and leaped. The fly came unhooked and snapped back at Poyneer's face. The airborne fish landed inside the float tube and flopped wildly about. Blood spilled down Poyneer's face.

"It was awful," Poyneer said. "The fly went right up my nose, and it was the first time all day that I hadn't pinched down the barb on the hook. I knew I couldn't get the fly out, so I cut the line and kicked back to shore. The trout was dead in the tube and there was blood everywhere."

Poyneer drove 35 minutes to the nearest hospital, where the fly was surgically removed from his nostril. 'All the nurses and doctors came to see the fisherman with a fly up his nose," he said. "It caused a lot of interest."

Two stitches later and hours after getting hooked, he returned to the lake. "I didn't get back there until late that afternoon. By then I had to pack up and head home."

The rainbow trout measured 25 inches from nose to tail and weighed 5 pounds. It was the largest and most memorable rainbow trout Poyneer has yet caught. 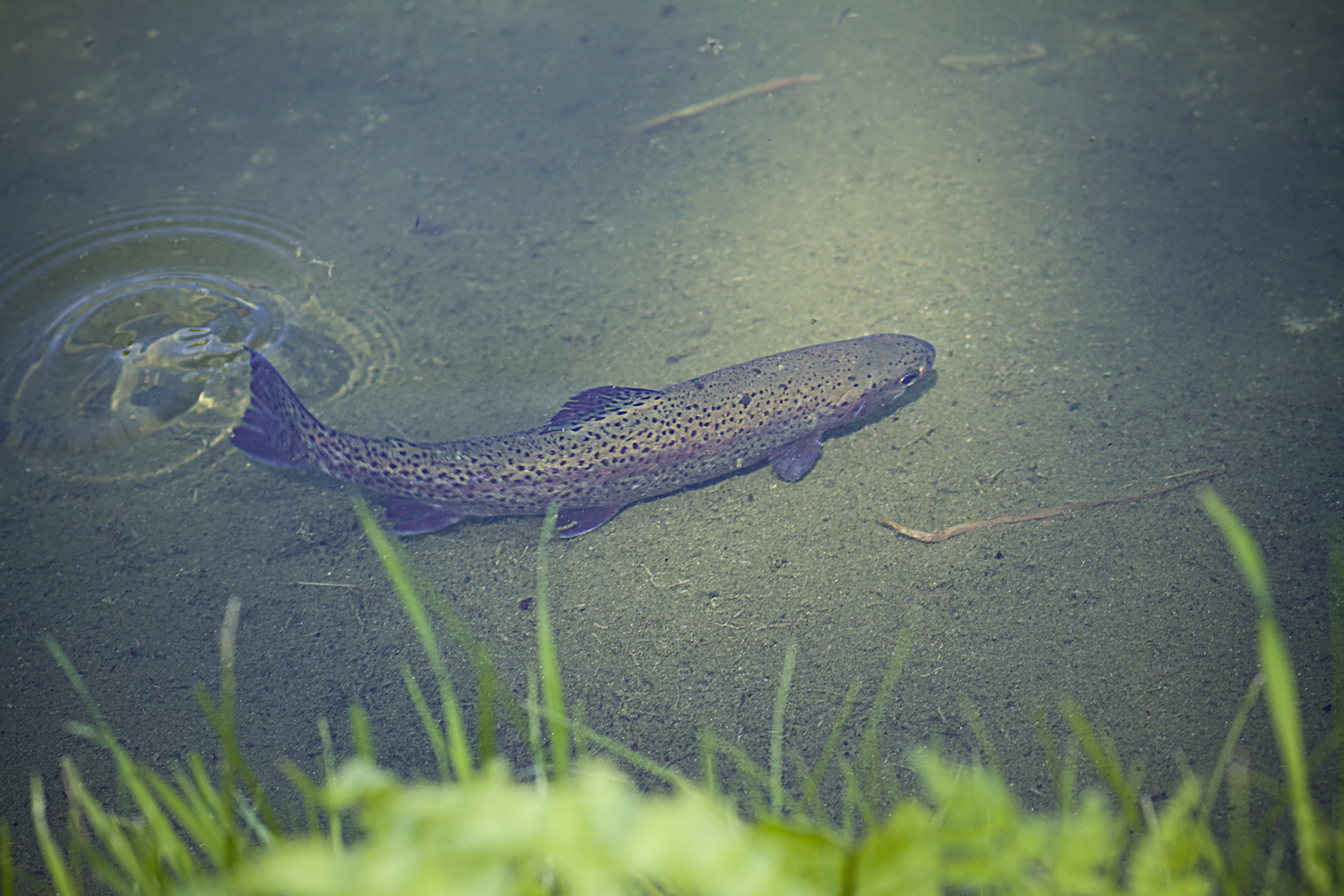